For more than 20 years, Wade Aiken has worked part-time as a photographer for the local newspaper documenting life in the surrounding area as well as shooting sports for the University of Pittsburgh at Bradford for nearly as long.
Active is several camera clubs throughout the region, he has garnered many honors including: 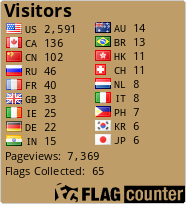