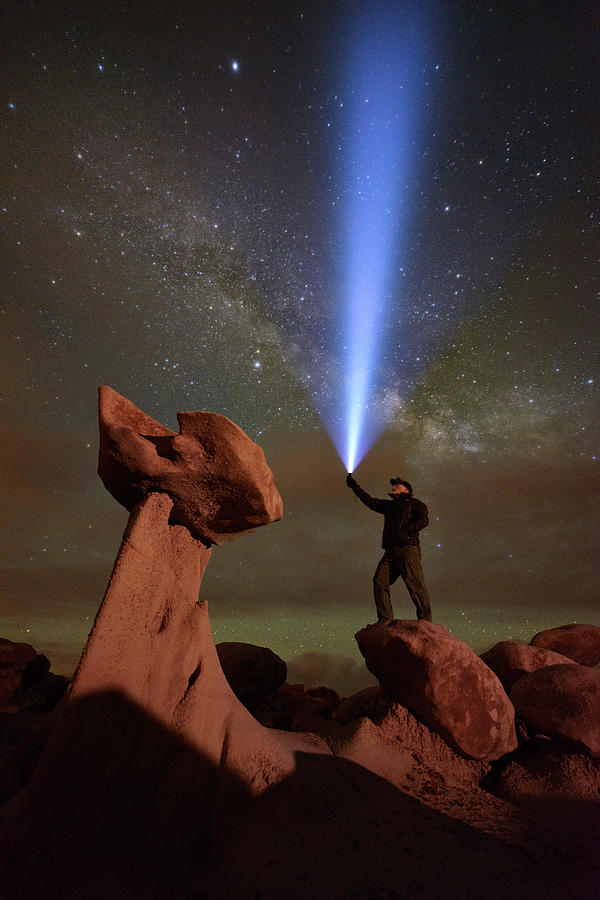 There was something special about my first sight of the stars when the clouds started to break up over the Bisti Badlands in New Mexico. The rock structure I had hiked to on this night is known as The Pedestal and with Cassiopeia (named after the Queen Of Ethiopia) appearing above it, I couldn't help but look at the scene as the Queen's Pedestal. It was a special moment for me that drove me to capture the scene in a unique way.

How I Got The Shot
To make this shot happen, it certainly helped that I had some friends share their GPS tracks so I had a chance of finding it. And even then, it helped a lot that I did a scouting hike in the daylight before I tried to find my way there at night. I suppose it would have been easier to just camp nearby but I decided to hike in and out twice instead. Then when the time me to go in at night, it took some extra determination (and patience) because overcast skies hid the stars. But finally with the clouds breaking up, I got to see the glorious Milky Way above.

I captured this single exposure image with me holding my Nitecore flashlight in one hand while triggering the shot with a radio frequency remote in the other.

Well Wirth All the Preparation & Patience!!!