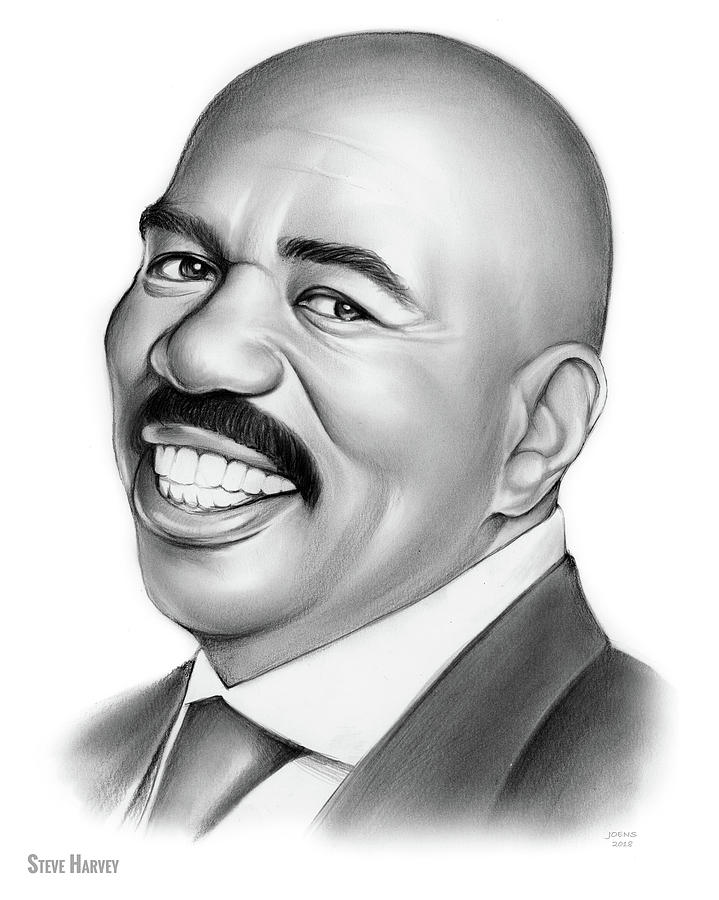 Harvey is the author of Act Like a Lady, Think Like a Man, which was published in March 2009, and the book Straight Talk, No Chaser: How to Find and Keep a Man. He starred in The Steve Harvey Show, and was featured in The Original Kings of Comedy. He is a six-time Daytime Emmy Award winner, two-time Marconi Award winner, and a 14-time NAACP Image Award winner in various categories.

Congratulations on your sale! F

Stunning drawing, and what a brilliant portfolio you have.