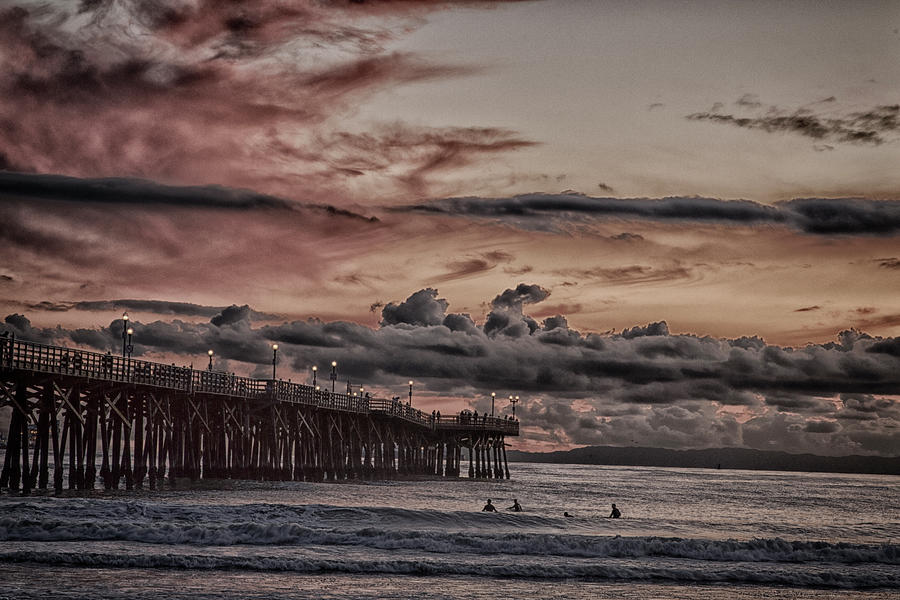 Over the Christmas Holidays, I got to visit family, and play at the Ocean. The Pier at Seal Beach has been fixed up after the Fire several years back, and the views around the pier, as well as water play are real sweet for this Photographer.Seal Beach is the main focal point of this community in northern Orange County. Surfers ride waves next to the pier and locals and tourists alike walk its wooden planks to wonderful views. There used to be a restaurant at the end but it closed in 2013.

Seal Beach Pier was built early in the last century has had some setbacks over its history. Two times it has been rebuilt after storms damaged the pier in the 1930s and again again in the 1980s. More recently in 2016 there was a major fire in the closed Ruby’s Diner Restaurant at the end of the pier. Luckily most the wooden pier was saved from the flames. It re-opened after just one month but the end of the pier required significant repairs.

Seal Beach Pier is one of the longest wooden piers in the state of California. It juts out from the center of Seal Beach.

Wonderful pier perspective all topped of with a dramatic sky!!

This is so beautiful, Tom!! Amazing composition and sky, and I love the colors!!! :)))vf