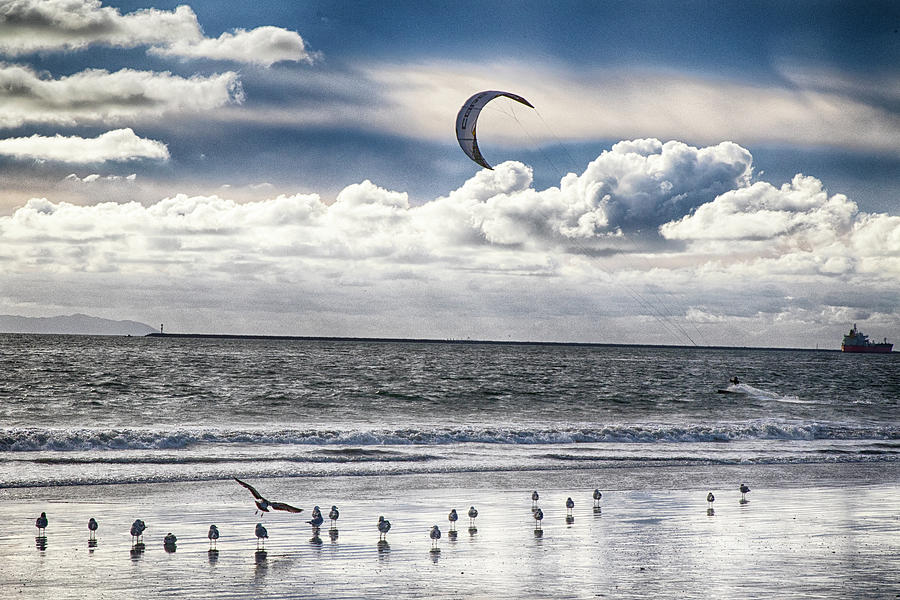 I was lucky enough to spend Christmas in California this year. The weather was very diverse with some rain, some sun, and great photo opps for me. I took this the day before Christmas near the pier in Huntington Beach.Huntington Beach is a seaside city in Orange County in Southern California, located 35 miles southeast of Downtown Los Angeles. The city is named after American businessman Henry E. Huntington. The population was 189,992 during the 2010 census, making it the most populous beach city in Orange County and the seventh most populous city in the Los Angeles-Long Beach-Anaheim, CA Metropolitan Statistical Area.[citation needed] Its estimated 2018 population was 200,641.[13] It is bordered by Bolsa Chica Basin State Marine Conservation Area on the west, the Pacific Ocean on the southwest, by Seal Beach on the northwest, by Westminster on the north, by Fountain Valley on the northeast, by Costa Mesa on the east, and by Newport Beach on the southeast.

Huntington Beach (locally called "Huntington") is known for its long 9.5-mile (15.3 km) stretch of sandy beach, mild climate, excellent surfing, and beach culture. The ocean waves are enhanced by a natural effect caused by the edge-diffraction of open ocean swells around Santa Catalina Island.[citation needed] Swells generated predominantly from the North Pacific in winter and from a combination of Southern Hemisphere storms and hurricanes in the summer focus on Huntington Beach, creating consistent surf all year long, hence the nickname "Surf City".

Awesome sky to nail this composition !!