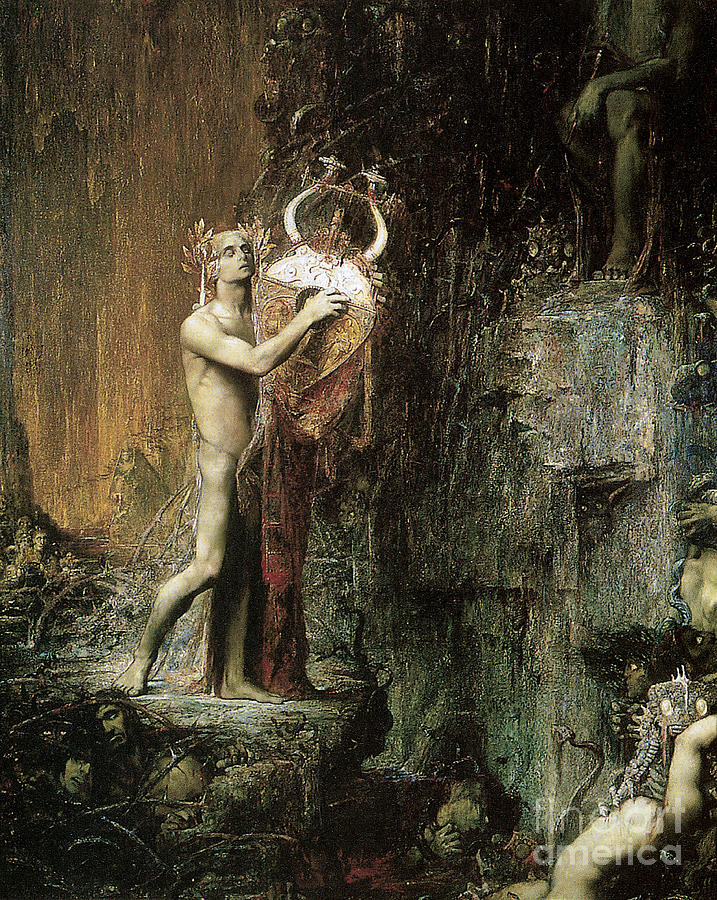 Orpheus 1897, Pierre Amedee Marcel Bernonneau, Orpheus was a musician, poet and prophet in Greek mythology. His parents were the king of Thrace Oeagrus and the muse Calliope. He was considered the best musician and poet of all, and he perfected the lyre. It was the god Apollo who taught Orpheus how to play the lyre when he was an adolescent. Pierre Amédée Marcel-Béronneau (1869–1937) was a French Symbolist painter. He first worked at the École des Beaux-Arts de Bordeaux at the same time as Fernand Sabatté then became "one of the most brilliant students" of Gustave Moreau at the École nationale supérieure des Beaux-Arts. He was a member of the Société des Artistes Français.