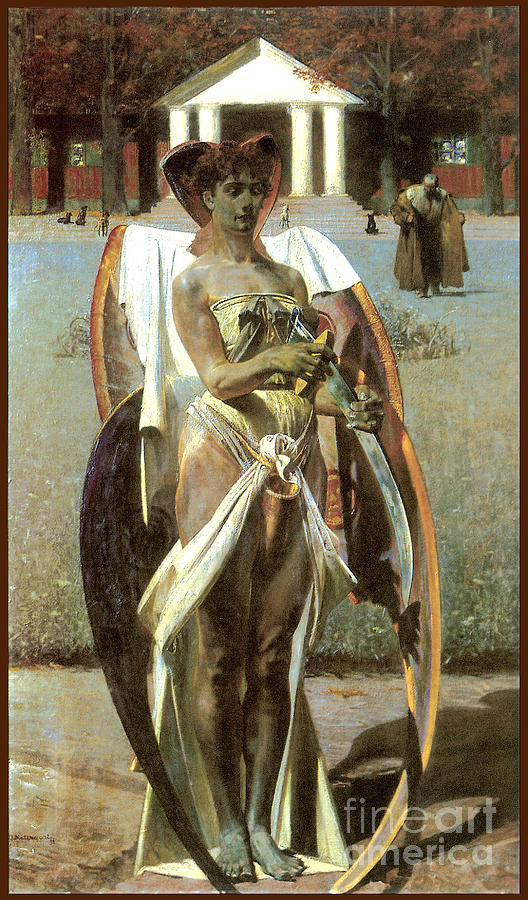 Thanatos 1 1898, Jacek Malczewski, Thanatos was the Greek god of nonviolent deaths. His name literally translates to “death” in Greek. In some myths, he's considered to be a personified spirit of death rather than a god. The touch of Thanatos was gentle, often compared to the touch of Hypnos, who was the god of sleep. Jacek Malczewski (Polish: [ˈjat͡sɛk malˈt͡ʂɛfskʲi] ( listen); 15 July 1854 – 8 October 1929) was a Polish symbolist painter who is one of the most revered painters of Poland, associated with the patriotic Young Poland movement following a century of Partitions. He is regarded as the father of Polish Symbolism.