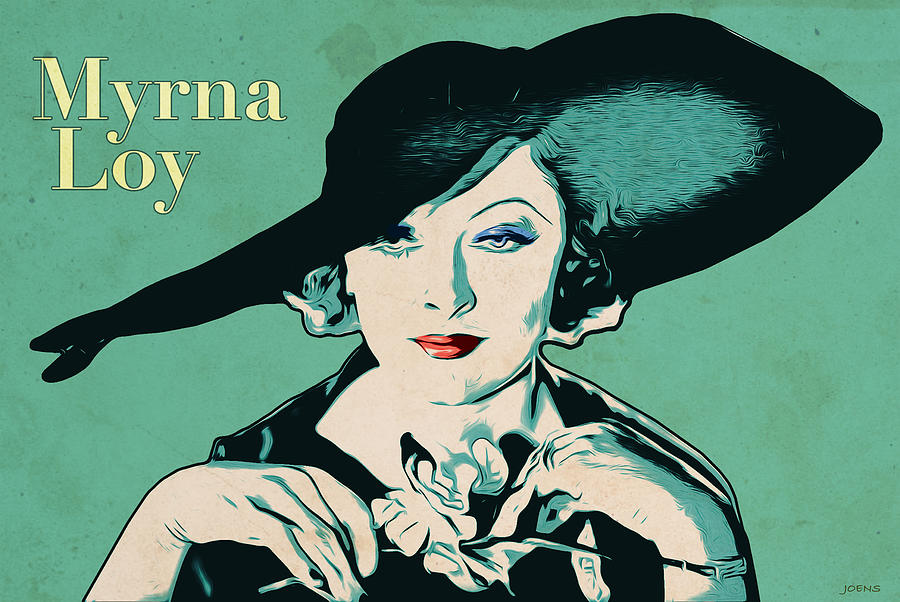 Myrna Loy (born Myrna Adele Williams; August 2, 1905 – December 14, 1993) was an American film, television and stage actress. Trained as a dancer, Loy devoted herself fully to an acting career following a few minor roles in silent films. She was originally typecast in exotic roles, often as a vamp or a woman of Asian descent, but her career prospects improved greatly following her portrayal of Nora Charles in The Thin Man (1934).[2]

Born in Helena, Montana, Loy was raised in rural Radersburg throughout her early childhood, before relocating to Los Angeles with her mother in her early adolescence. There, she began studying dance, and trained extensively throughout her high school education. She was discovered by production designer Natacha Rambova, who helped facilitate film auditions for her, and she began obtaining small roles in the late 1920s, mainly portraying vamps. Her role in The Thin Man helped elevate her reputation as a versatile actress, and she reprised the role of Nora Charles five more times.

Loy's career began to slow in the 1940s, and she appeared in only a few films in the 1950s, including a lead role in the comedy Cheaper by the Dozen (1950), as well as supporting parts in The Ambassador's Daughter (1956) and the drama Lonelyhearts (1958). She would go on to appear in only eight films between 1960 and 1981, after which she formally retired from acting.

Although Loy was never nominated for a competitive Academy Award, in March 1991 she was presented with an Honorary Academy Award in recognition of her life's work both onscreen and off, including serving as assistant to the director of military and naval welfare for the Red Cross during World War II, and a member-at-large of the U.S. Commission to UNESCO. Loy died in December 1993 in New York City, aged 88.