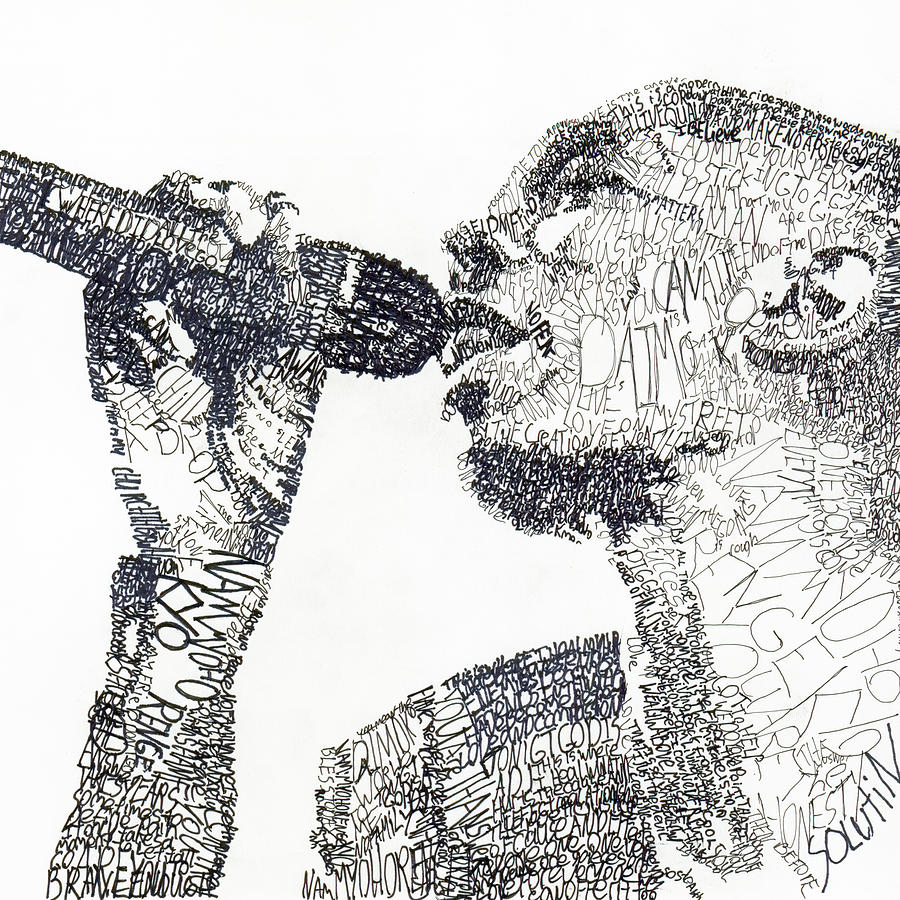 Maxi Jazz used to be a criminal, a gang member, and a drug addict. He was married and had a child when he was young, and due to the life he led, both his wife and his child left to live a safer life.This caused him to spiral downward until he hit rock bottom. At
the bottom, instead of letting his own personal darkness consume him, he wrote music about compassion and about the struggles of homeless and poverty-stricken people within London. He wanted to give a voice to their suffering. He was able to do this through his songs. He began to make a lot of money with his music, which he was then able to use to help spread compassion through financial contributions to charities. He helped build up the community from which he came so others might have a fighting chance. Nearly all of his songs express a message of love, mutual respect, and spread compassion through positive messages and meanings to the youth members of his community. I used the songs about compassion to create his portrait.