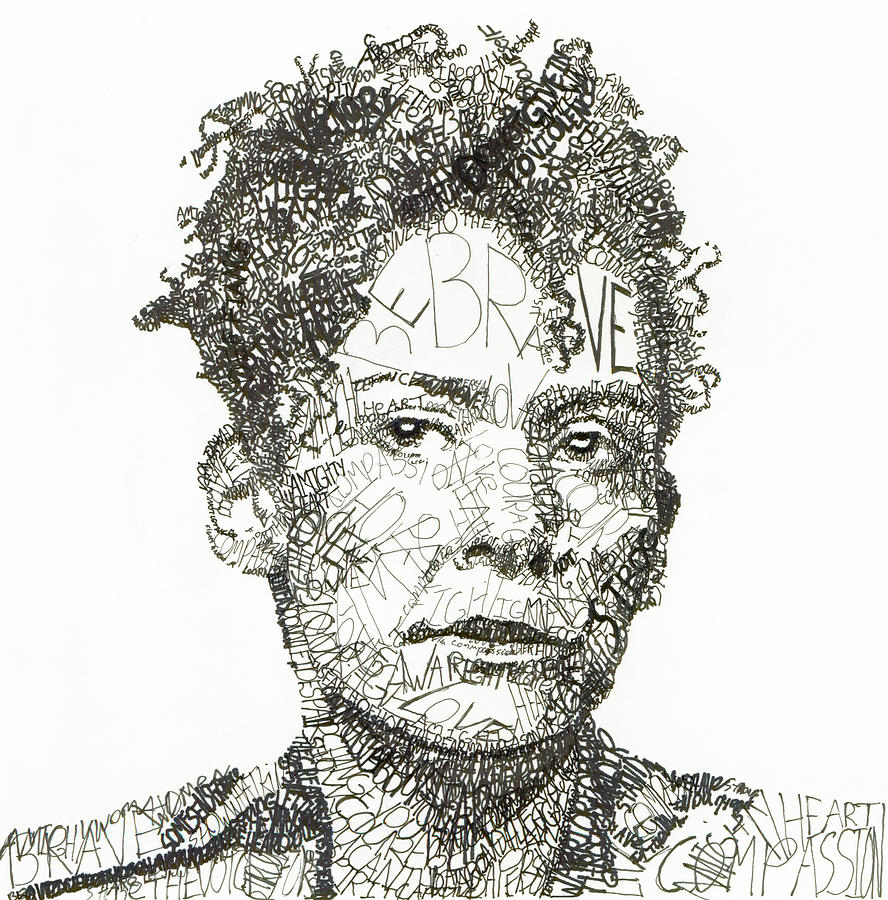 Marianne Pearl is a journalist whose husband was killed at the start of the Iraq war. In her grief she did not seek revenge on the people that killed her husband, but instead she sought out places where the Taliban would recruit poor poverty-stricken people and tried to raise awareness of the pain and suffering they were suffering. She did this to give the poor a voice and to help raise understanding of what might make somebody do such horrible things such as kidnapping or beheading somebody. She thought by showing compassion to them, it might help bring them a voice that may lead to government and private aid, and thereby remove the hardships a person might face that would lead them to terrorism. I used different parts of her book, movie, and journalistic endeavors to create her portrait.

Sounds good sir. I sent you and PM

people who appreciate heroes by any means are also heroes. I will appreciate sending the "Voices of Compassion". thank you

Thank you Sir. I am nothing compared with these other people in my Series "Voices of Compassion", if you are interested I can mail you a write up I did on it.

great work. Volpicelli is a hero as well.