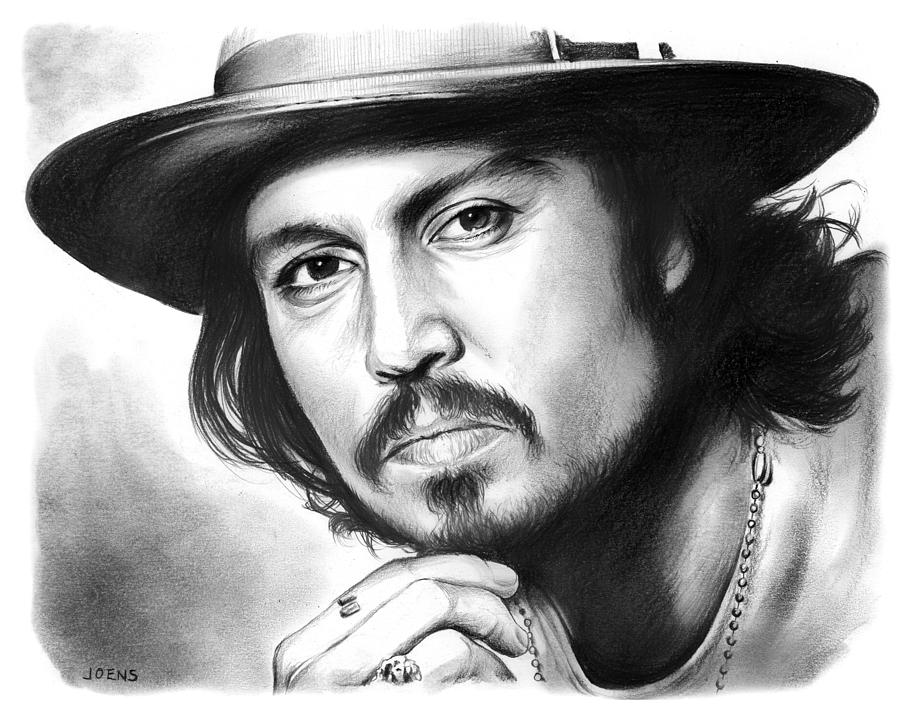 Since then, Depp has taken on challenging and "larger-than-life" roles, starting with a supporting role in Oliver Stone's Vietnam War film Platoon in 1986, then playing the title character in the romantic dark fantasy Edward Scissorhands (1990). He later found box office success in the fantasy adventure film Sleepy Hollow (1999), the fantasy swashbuckler film Pirates of the Caribbean: The Curse of the Black Pearl (2003) and its sequels, the musical adventure film Charlie and the Chocolate Factory (2005), the fantasy film Alice in Wonderland (2010) and voicing the title character in the animated action comedy western Rango (2011). He has collaborated on eight films with director and friend Tim Burton.

Depp is regarded as one of the world's biggest movie stars. He has gained worldwide critical acclaim for his portrayals of such people as screenwriter-director Ed Wood in Ed Wood, undercover FBI agent Joseph D. Pistone in Donnie Brasco, "gonzo" journalist Hunter S. Thompson in Fear and Loathing in Las Vegas, cocaine kingpin George Jung in Blow, Peter Pan author J. M. Barrie in Finding Neverland, and the Depression Era outlaw John Dillinger in Michael Mann's Public Enemies. Films featuring Depp have grossed over $3.1 billion at the United States box office and over $7.6 billion worldwide.[4] His most commercially successful films are the Pirates of the Caribbean films, which have grossed $3 billion; Alice in Wonderland which grossed $1 billion; Charlie and the Chocolate Factory which grossed $474 million; and The Tourist which grossed $278 million worldwide.

Depp has been nominated for major acting awards, including three nominations for Academy Award for Best Actor. Depp won the Golden Globe Award for Best Actor – Motion Picture Musical or Comedy for Sweeney Todd: The Demon Barber of Fleet Street and the Screen Actors Guild Award for Outstanding Performance by a Male Actor in a Leading Role for Pirates of the Caribbean: The Curse of the Black Pearl. He has been listed in the 2012 Guinness World Records as the highest paid actor, with earnings of $75 million.