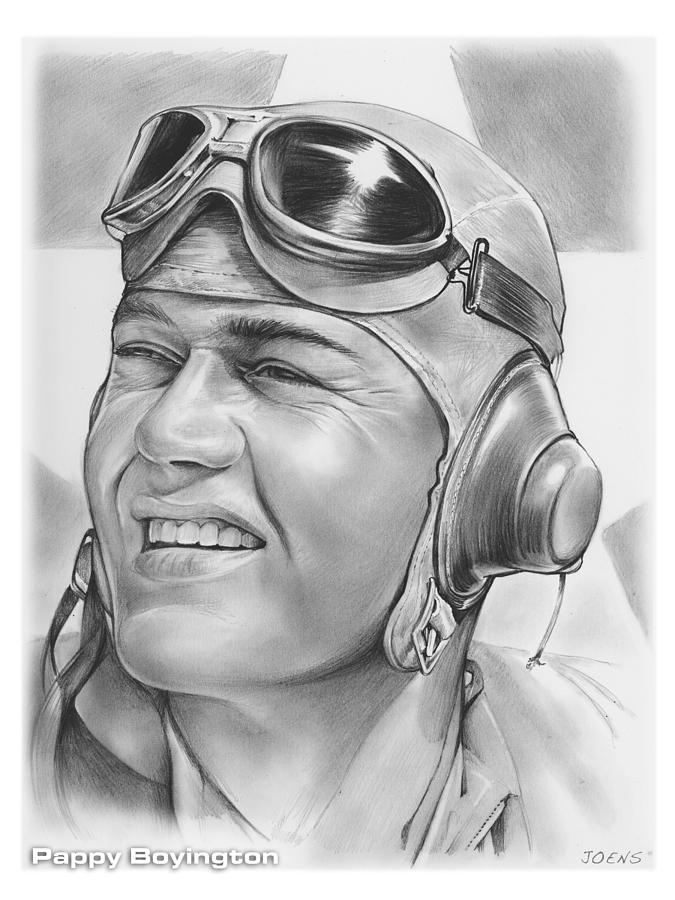 Gregory "Pappy" Boyington (December 4, 1912 – January 11, 1988) was a highly decorated American combat pilot who was a United States Marine Corps fighter ace during World War II. He received both the Medal of Honor and the Navy Cross.

Boyington was initially a P-40 Warhawk combat pilot with the legendary "Flying Tigers" (1st American Volunteer Group) in the Republic of China Air Force in Burma at the end of 1941 and part of 1942, during the military conflict between China and Japan, and the beginning of World War II.

In September 1942, he rejoined the Marine Corps (had been an aviator before the war). In early 1943, he deployed to the South Pacific and began flying combat missions as a Marine F4U Corsair fighter pilot. In September 1943, he took command of U.S. Marine Corps fighter squadron VMF-214 ("Black Sheep"). In January 1944, Boyington, outnumbered by Japanese "Zero" planes, was shot down into the Pacific Ocean after downing one of the enemy planes. He was captured by a Japanese submarine crew and was held as a prisoner of war for more than a year and a half. He was released shortly after the surrender of Japan, and a few days before the official surrender documents were signed.

The television series Baa Baa Black Sheep was inspired by Boyington and his men in the "Black Sheep" squadron. It ran for two seasons during the 1970's.