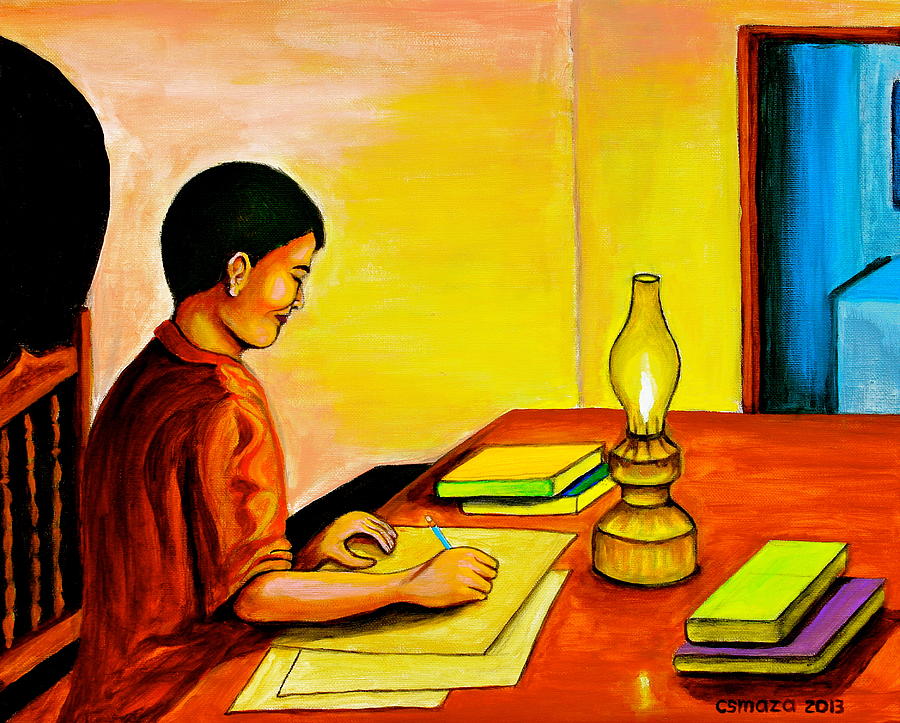 This is gorgeous work with amazing colors

Wonderful work with your brilliant colors!

Thanks for coming back, Alessandro.

Revisiting this wonderful image from your memory, Cyril - liked!

Nice depiction of a child hard at work L

This is one of my favorites of your childhood memory paintings, Cyril - love the story, colors and lighting! L/F!

Great work Cyril. Love how you have worked the light! v/f

Another of your great works Cyril...you have incorporated the light into this painting perfectly making it a gold medal masterpiece....L/F....I added you to my follow list

Thank you so much, Dave.

I love the atmosphere of this amazing painting!.......v.

Thanks for the compliment, Janet. I'm really glad you love it.

Another vote. I love the sense of quietude in this painting so beautifully done!

Thanks for the compliments, Lenore.

Thanks for the compliments, Evelina.

Cyril!! Revisiting.... so lovely and deep in thought and color!!!

Thanks for your continuing support, Amyn.

Thanks for coming back, Joe.

Wonderful painting and story, Cyril! It's so easy to take electricity for granted. v

V. I like the way you presented the lighting in this painting. It is nice the see the blues contrasting witht the wam color of the palette. We still have a few of these lamps in case the power should go off.

Thanks for the feedback and support, Linda. Yes, I think it's good to keep them, just in case. You never know when you might need them.

Lovely painting! I can really feel the warmth of home and love the rich colors. Your story shows through in the feeling of the painting. V

Thanks for the feedback and support, Lydia.

Great depiction of a dedicated work with no distractions ...V

Great memory and Great painting. I always enjoy the history of your artwork! v

Thanks, Elizabeth. It's my pleasure to bring enjoyment to all viewers.

I agree with Nicole, painting from memory is not easy. Very nice work!

You are so gifted Cyril! This is fantastic to paint from memories. I enjoy your description. Very well done!!

I love the warm cozy feeling of this! Lovely work! fl

Very nice. I like the whimsical style and the warmth of this! F, V.