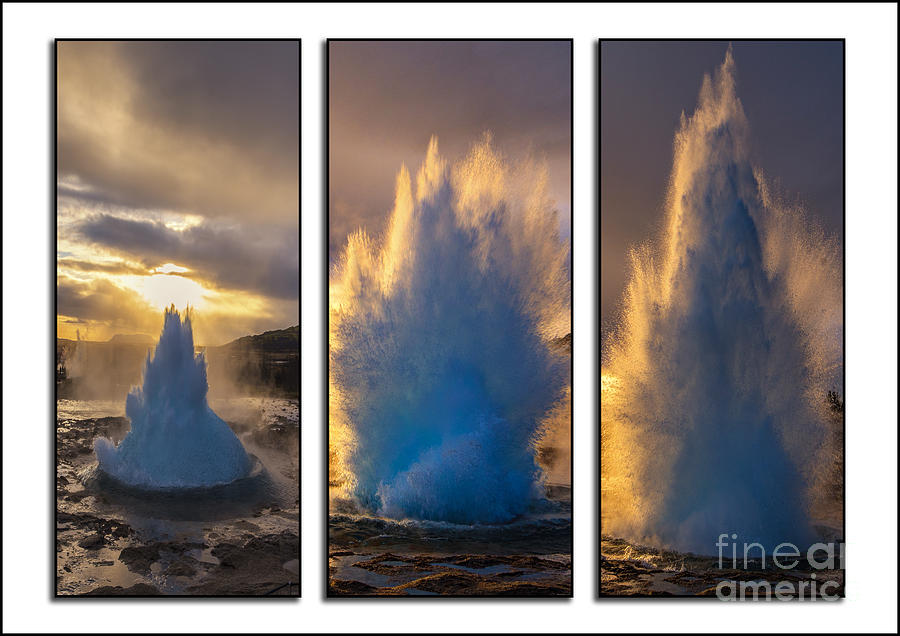 Geysir, sometimes known as The Great Geysir, is a geyser in southwestern Iceland. It was the first geyser described in a printed source and the first known to modern Europeans.The English word geyser derives from Geysir. The name Geysir itself is derived from the Icelandic verb geysa, "to gush", the verb from Old Norse. Geysir lies in the Haukadalur valley on the slopes of Laugarfjall hill, which is also the home to Strokkur geyser about 50 metres south.
Eruptions at Geysir can hurl boiling water up to 70 metres in the air.