Fall On The Yuba 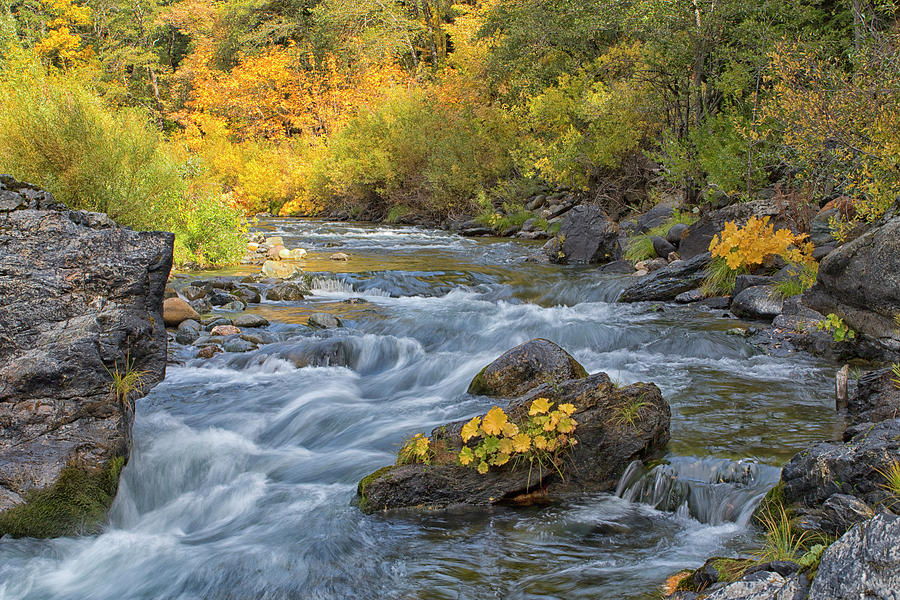 Fall On The Yuba

2 weeks back, I traveled up north about an hour away to the small and charming town of Downieville with a great group of Photographers. The Fall weather was perfect, and the photography was awesome. We took off on the North Yuba Creek trail, and soon found Fall and its' Beauty. Downieville is a census-designated place in and the county seat of Sierra County, California, United States.[2] Downieville is on the North Fork of the Yuba River, at an elevation of 2,966 feet (904 m).[2] The 2010 United States census reported Downieville's population was 282.Gold was discovered by Francis Anderson on 14 Sept. 1849, at the location where the town now stands. Anderson had joined Phil A. Haven that same year along the North Yuba River.[3]

Downieville was founded in late 1849 during the California Gold Rush, in the Northern Mines area. It was first known as "The Forks" for its geographical location at the confluence of the Downie River and North Fork of the Yuba River.[4]

It was soon renamed after Major William Downie (1820-1893), the town's founder. Downie was a Scotsman who had led an expedition of nine miners, seven of them African American men, up the North Fork of the Yuba River in the Autumn of 1849.[5] At the present site of the town they struck rich gold, built a log cabin, and settled in to wait out the winter.[6] By 1850, Downieville already had 15 hotels, 4 bakeries, 4 butcher shops, and numerous saloons.[7]

Downieville is the location of the first hanging of a woman in California. Josefa Segovia, a young and pregnant Californio resident of the town, was lynched by a mob on 5 July 1851. The lynch mob held a mock trial, and accused her of killing an American miner that had harassed and attempted to assault her for several days. The mock trial quickly led to hanging her from the Jersey Bridge in town.[7] Josefa Segovia remains the only pregnant woman hanged in the history of California.[8]

In 1853 Downieville was vying to become the new state capital of California, along with fifteen other California communities to replace Vallejo. However, the capital was moved to Benicia for a year, and then in 1854 to Sacramento, its location ever since.

The Northern Mines area of the gold rush had a number of mining camps with colorful names, such as Brandy City (originally known as Strychnine City),[9] Whiskey Diggins, Poverty Hill, Poker Flat, and Camptonville. Many of these camps disappeared after the gold rush, or are ghost towns. Downieville had reached a peak population of over 5,000 people in 1851, but by 1865 had significantly declined. It survived due to its status as the county seat of government in Sierra County, and from its geographic location between Sacramento Valley and Tahoe region/Nevada destinations.

Congratulations - Your beautiful artwork has been featured in the "Travel Art" group! For further promotion, you can post it to the specific Travel Destinations galleries, our Facebook group and our Pinterest board - all the links are provided on our group's homepage: https://fineartamerica.com/groups/1-travel-art.html * You are also invited to post it to our group's blog: travelartpix.com for worldwide exposure!

Thanks so much Tatiana!!

Another autumn beauty !! Wishing I was there !

Thanks Ben, I know you would have enjoyed it!!

Such a beautiful picture Tom!