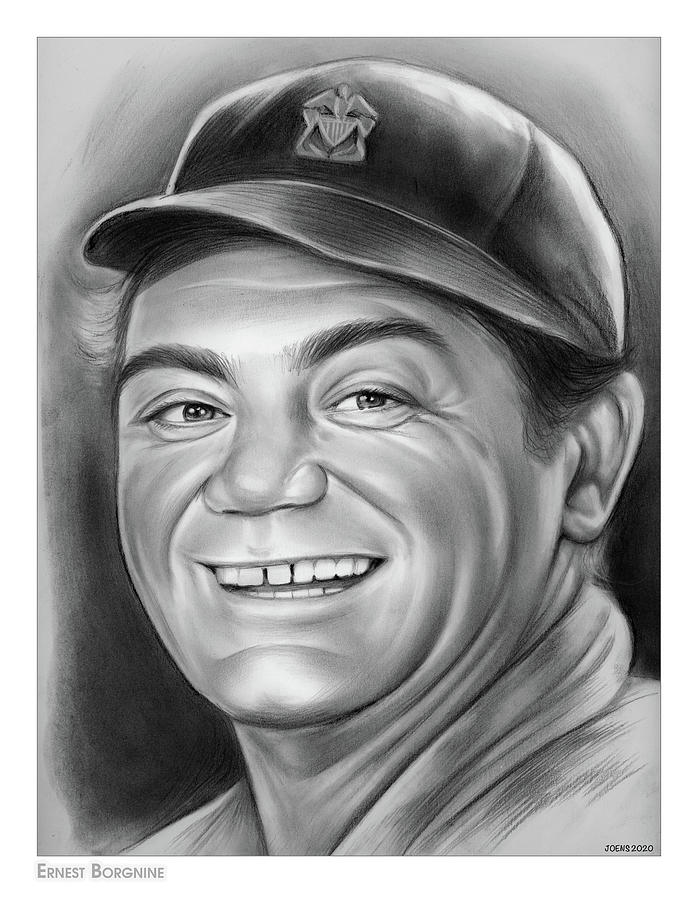 Ernest Borgnine January 24, 1917 – July 8, 2012 was an American actor whose career spanned over six decades. He was noted for his gruff but calm voice and gap-toothed Cheshire Cat grin. A popular performer, he also appeared as a guest on numerous talk shows and as a panelist on several game shows.

Borgnine earned his third Primetime Emmy Award nomination at age 92 for his work on the 2009 series finale of ER. He was known as the original voice of Mermaid Man on SpongeBob SquarePants from 1999 until his death in 2012. He had earlier replaced the late Vic Tayback as the voice of the villainous Carface Caruthers in both All Dogs Go to Heaven 2 (1996) and All Dogs Go to Heaven: The Series (1996–1998).