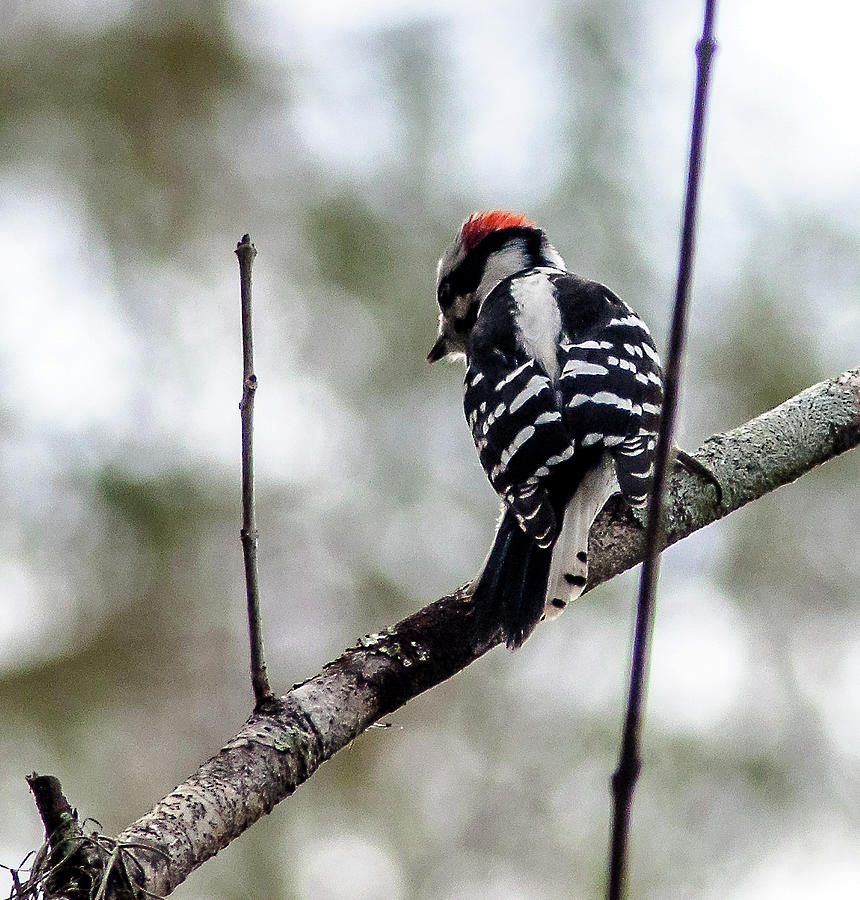 A downy woodpecker perches on a branch in Tampa, Florida's Lettuce Lake Park.

The downy woodpacker (picoides pubescens) cab be found throughout the forested areas of Alaska, Canada, and the United States except for the tundra and the deserts of the southwest. Most are permanent residents, but those in the far north may move further south during the winter and those in the mountains may move to lower elevations. They prefer open deciduous woodlands, particularly along streams, with brushy or weedy edges. You will also find them in orchards, city parks, backyards and vacant lots.

Picoides pubescens is the smallest of the North American woodpeckers measuring from 5.5" to 7.1" in length with a wingspan between 9.8" and 12.2." Their diet consists mainly of the insects they find either in or on wood, like wood boring beetle larva, ants and caterpillars. They also eat seeds and berries and you might find them perched on plant gals as they dig for the insects inside.

What a great capture, Norman! (lf)