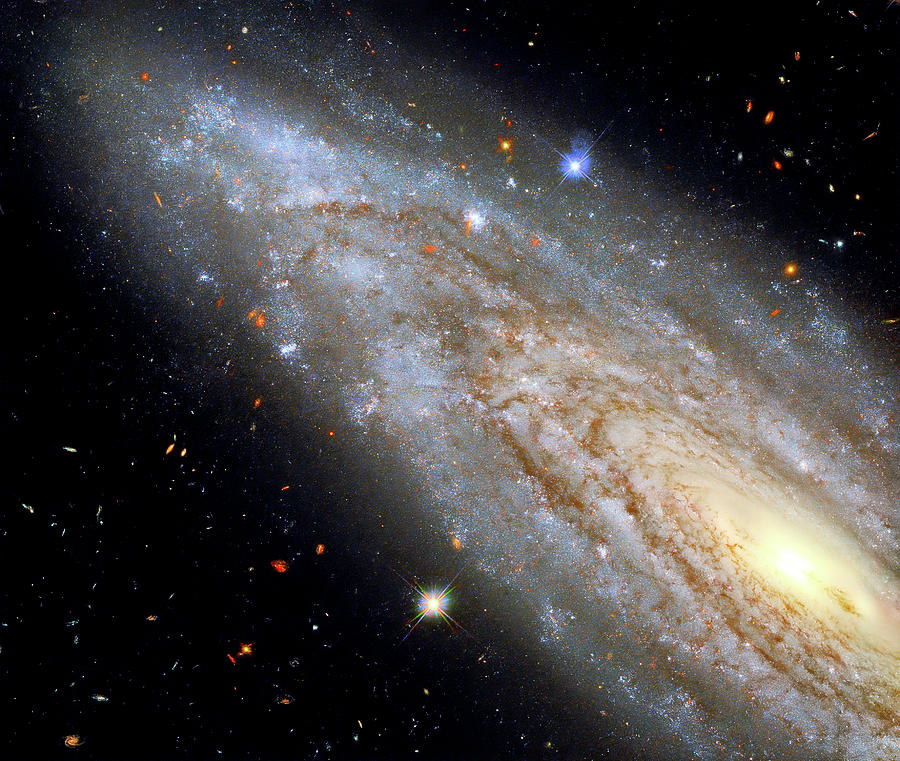 This beautiful image shows the spiral galaxy NGC 3254, observed using Hubble's Wide Field Camera 3 (WFC3). WFC3 has the capacity to observe ultraviolet, visible and near-infrared light, and this image is a composite of observations taken in the visible and infrared. In this image, NGC 3254 looks like a typical spiral galaxy, viewed side-on. However, NGC 3254 has a fascinating secret that it is hiding in plain sight — it is a Seyfert galaxy, meaning that it has an extraordinarily active core, known as an active galactic nucleus, which releases as much energy as the rest of the galaxy put together.

Seyfert galaxies are not rare — about 10% of all galaxies are thought to be Seyfert galaxies. They belong to the class of “active galaxies” — galaxies that have supermassive black holes at their centres that are actively accreting material, which releases vast amounts of radiation as it is accreted. There is a second, far more active, type of active galaxy that is known as a quasar. The active cores of Seyfert galaxies, such as NGC 3254, are brightest when observed in light outside the visible spectrum. At other wavelengths, this image would look very different, with the galaxy’s core shining extremely brightly.