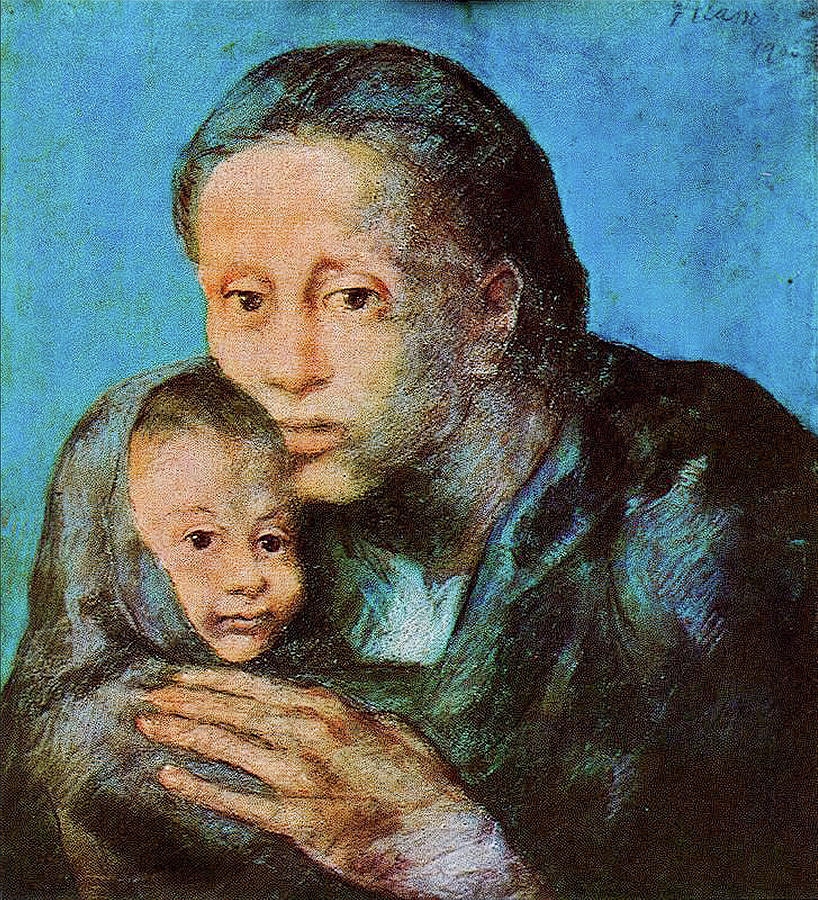 Pastel - Pastel And Charcoal On Paper

Title: The Disinherited Ones

Also: Mother and son with handkerchief

Medium: Pastel and charcoal on paper

Credit Line: Given by the Barcelona City Council, 1963

Inscriptions: Signed Picasso and dated 1903 in the top right-hand corner

Maternity is a frequent theme in the artist’s work between 1901 and 1905. The influences of French painter and theorist Maurice Denis and the painter Puvis de Chavannes are still present, being widely seen in magazines in Barcelona at the end of the 19th and beginning of the 20th centuries. Picasso’s maternity scenes from this time, as well the other figures from the Blue Period, reveal the heavy personal, social and psychological burden of the characters.

The flesh of the figures in Motherhood once again humanises, with the technical skill showing great virtuosity, especially as it achieves excellent luminosity thanks to the use of white pastel touches. This live flesh contrasts with the expressionless faces, where the striking gaze of the black round eyes charged with the enveloping indifference and resignation of the marginal world jump out.

With her disproportionately large hand – fruit of an El Greco affectation present in some of his figures – the mother shields her child in protection from the harsh winter cold. The museum houses a crayon drawing of the small child (MPB 110.527).

On the back of Motherhood there is an unsigned undated charcoal landscape sketch (MPB 4269R).