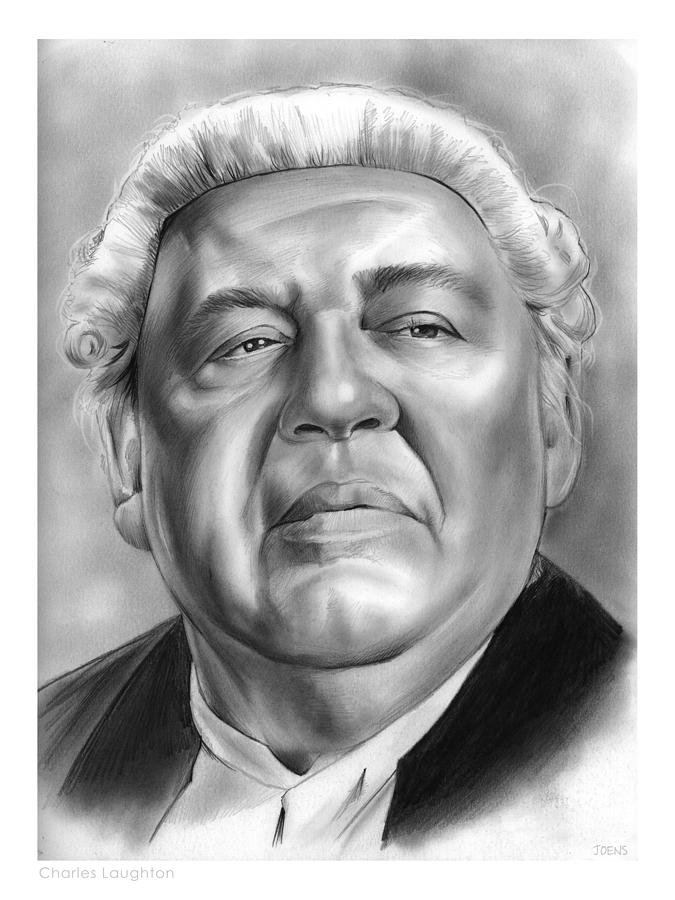 (1 July 1899 – 15 December 1962)
was an English stage and film character actor, director, producer and screenwriter who had a successful career in Hollywood.

Laughton was trained in London at the Royal Academy of Dramatic Art and first appeared professionally on the stage in 1926. In 1927, he was cast in a play with his future wife Elsa Lanchester, with whom he lived and worked until his death; they had no children.

He played a wide range of classical and modern parts, making a big impact in Shakespeare at the Old Vic. His film career took him to Broadway and then Hollywood, but he also collaborated with Alexander Korda on some of the most notable British films of the era, including The Private Life of Henry VIII.

Laughton, was one of the most recognisable and beloved character actors of his generation, and portrayed everything from monsters and misfits to kings. Among Laughton's biggest film-hits were The Barretts of Wimpole Street, Mutiny on the Bounty, Ruggles of Red Gap, Jamaica Inn, The Hunchback of Notre Dame, and The Big Clock. In his later career, he took up stage directing, notably in The Caine Mutiny Court Martial, and George Bernard Shaw's Don Juan in Hell, in which he also starred. He directed one film, the acclaimed thriller The Night of the Hunter.

Laughton has been seen by some actors as one of the greatest performers of his generation. Sir Daniel Day-Lewis has cited him as one of his inspirations, saying "He was probably the greatest film actor who came from that period of time. He had something quite remarkable. His generosity as an actor, he fed himself into that work. As an actor, you cannot take your eyes off him."