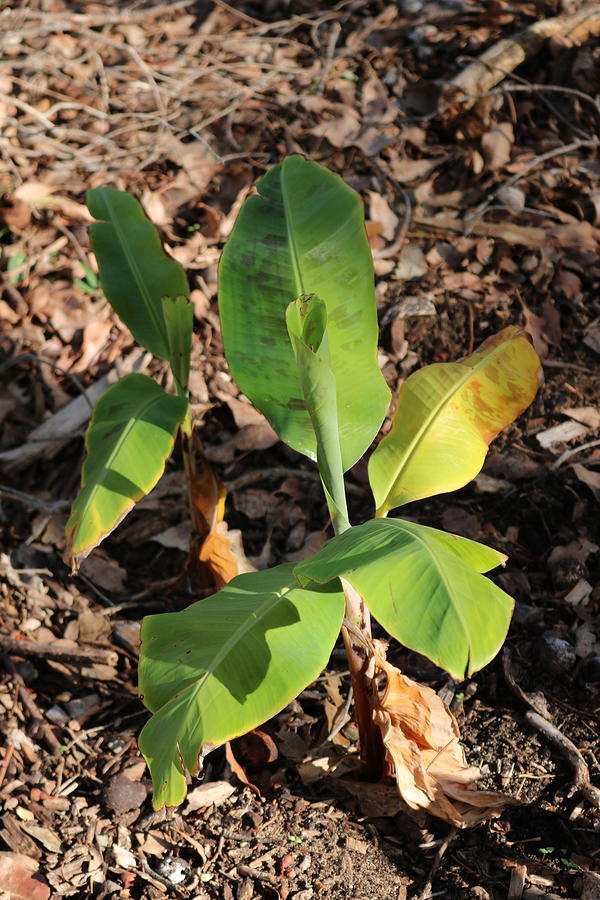 Musa species are native to tropical Indomalaya and Australia, and are likely to have been first domesticated in Papua New Guinea. They are grown in 135 countries, primarily for their fruit, and to a lesser extent to make fibre, banana wine, and banana beer and as ornamental plants. The world's largest producers of bananas in 2017 were India and China, which together accounted for approximately 38% of total production

The banana plant is the largest herbaceous flowering plant.[ All the above-ground parts of a banana plant grow from a structure usually called a "corm". Plants are normally tall and fairly sturdy, and are often mistaken for trees, but what appears to be a trunk is actually a "false stem" or pseudostem. Bananas grow in a wide variety of soils, as long as the soil is at least 60 centimetres (2.0 ft) deep, has good drainage and is not compacted. The leaves of banana plants are composed of a "stalk" (petiole) and a blade (lamina). The base of the petiole widens to form a sheath; the tightly packed sheaths make up the pseudostem, which is all that supports the plant. The edges of the sheath meet when it is first produced, making it tubular. As new growth occurs in the centre of the pseudostem the edges are forced apart

A great find Mik.....now you know where to go to get your bananas - when this one grows up!! Like and favourite

We have several in the garden of different ages, be interesting to see if they fruit