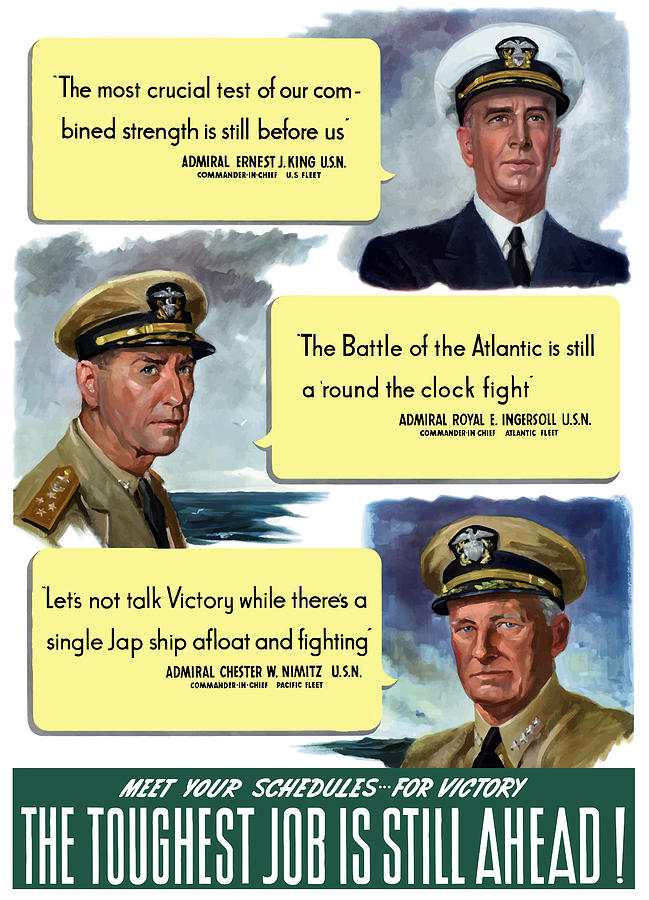 This vintage World War II poster features Admiral Ernest King, Admiral Royal Ingersoll, and Admiral Chester Nimitz and their quotes. King says, "The most crucial test of our combined strength is still before us." Ingersoll says, "The Battle of The Atlantic is still a 'round the clock fight." Nimitz says, "Let's not talk victory while there is a single Jap ship afloat and fighting." The poster declares, "Meet Your Schedules -- For Victory, The Toughest Job Is Still Ahead!" Celebrate American and WW2 History with this digitally restored vintage war poster from The War Is Hell Store.