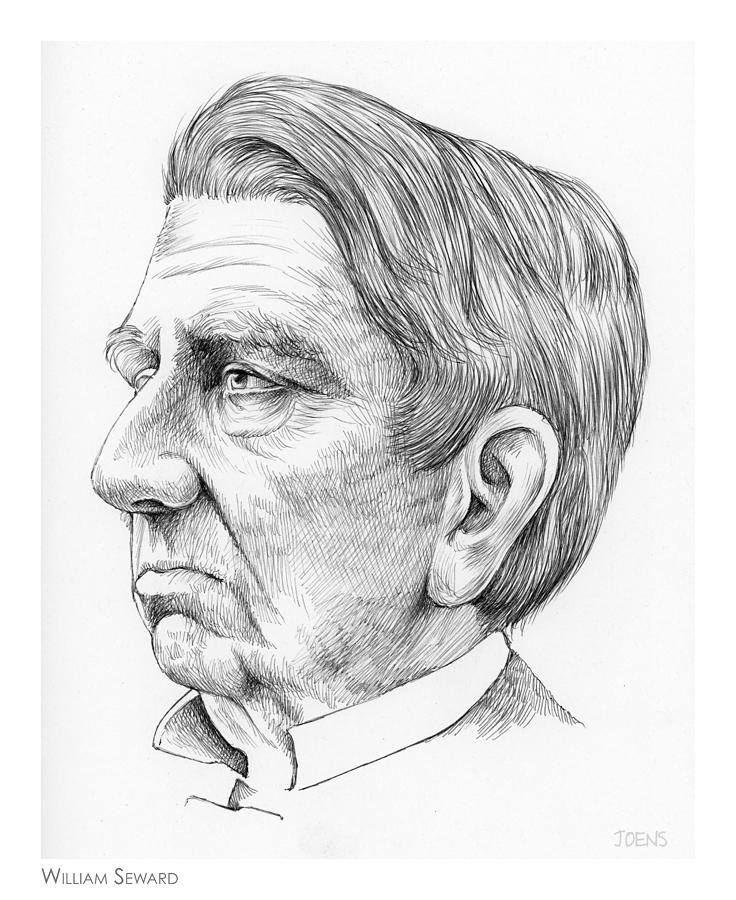 William Henry Seward (May 16, 1801 – October 10, 1872) was United States Secretary of State from 1861 to 1869, and earlier served as Governor of New York and United States Senator. A determined opponent of the spread of slavery in the years leading up to the American Civil War, he was a dominant figure in the Republican Party in its formative years. Although regarded as the leading contender for the party's presidential nomination in 1860, he was defeated by Abraham Lincoln.

Seward was born in southeastern New York, where his father, a farmer, owned slaves. He became educated as a lawyer, moving to the Western New York town of Auburn. Seward was elected to the New York State Senate in 1830 as an Anti-Mason. Four years later, he became the Whig Party's gubernatorial nominee. Though he was not successful in that race, Seward was elected governor in 1838, winning a second two-year term in 1840. During this period, he signed several laws advancing the rights and opportunities for black residents, as well as guaranteeing fugitive slaves jury trials in the state, protecting abolitionists, and using his position to intervene in cases of free blacks enslaved in the South.

After several years practicing law in Auburn, he was elected by the state legislature to the U.S. Senate in 1849. Seward's strong stances and provocative words against slavery brought him hatred in the South. He was re-elected to the Senate in 1855, and soon joined the nascent Republican Party, becoming one of its leading figures. As the 1860 presidential election cycle approached, he was regarded as the leading candidate for the Republican nomination. Several factors, including attitudes to his vocal opposition to slavery, his support for immigrants and Catholics, and his association with editor and political boss Thurlow Weed, combined to defeat him. Although devastated by his loss, he campaigned for Lincoln, who was elected, and who appointed him Secretary of State.

Seward did his best to stop the southern states from seceding; once that failed, he devoted himself wholeheartedly to the Union cause. His firm stance against foreign intervention in the Civil War helped deter Britain and France from entering the conflict and possibly gaining the independence of the Confederate States. He was one of the targets of the 1865 assassination plot that killed Lincoln, and was seriously wounded by conspirator Lewis Powell. Seward remained loyally at his post through the presidency of Andrew Johnson, during which he achieved the Alaska purchase. His contemporary Carl Schurz described Seward as "one of those spirits who sometimes will go ahead of public opinion instead of tamely following its footprints.". Source: Wikipedia