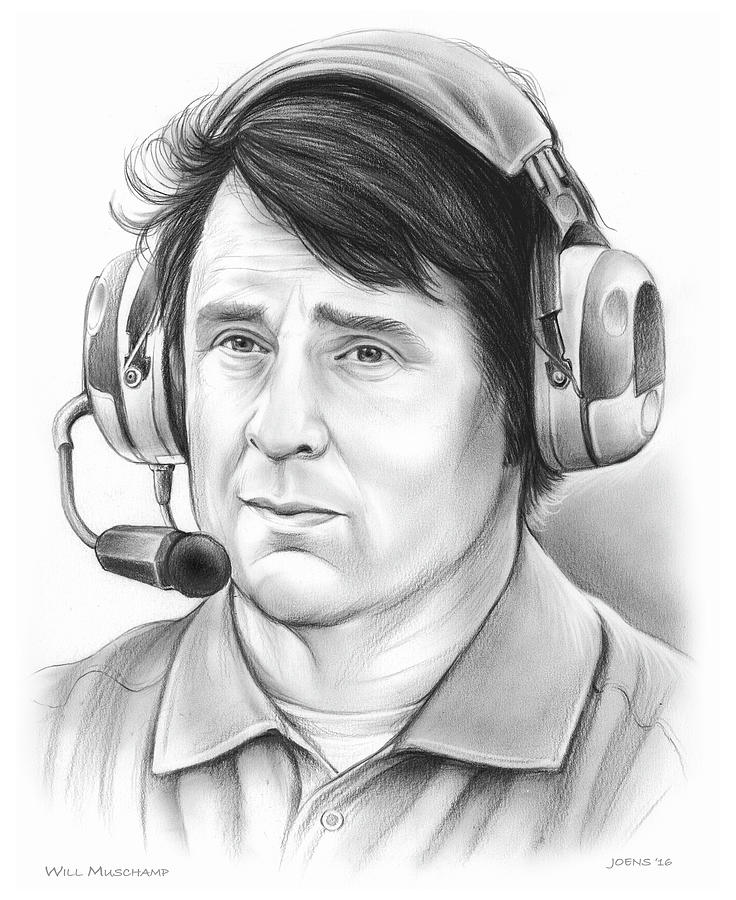 Muschamp has built a reputation for his strong defenses and his intense demeanor during games and practice. In his second season as defensive coordinator at Auburn, Muschamp was a finalist for the 2007 Broyles Award for the most outstanding assistant coach in college football. Prior to accepting the job at Florida, the University of Texas had announced that Muschamp would eventually succeed Mack Brown as head coach of the Longhorns and designated him the "head coach in waiting." Source: Wikipedia

Greg, congratulations on your sale of this wonderful drawing!