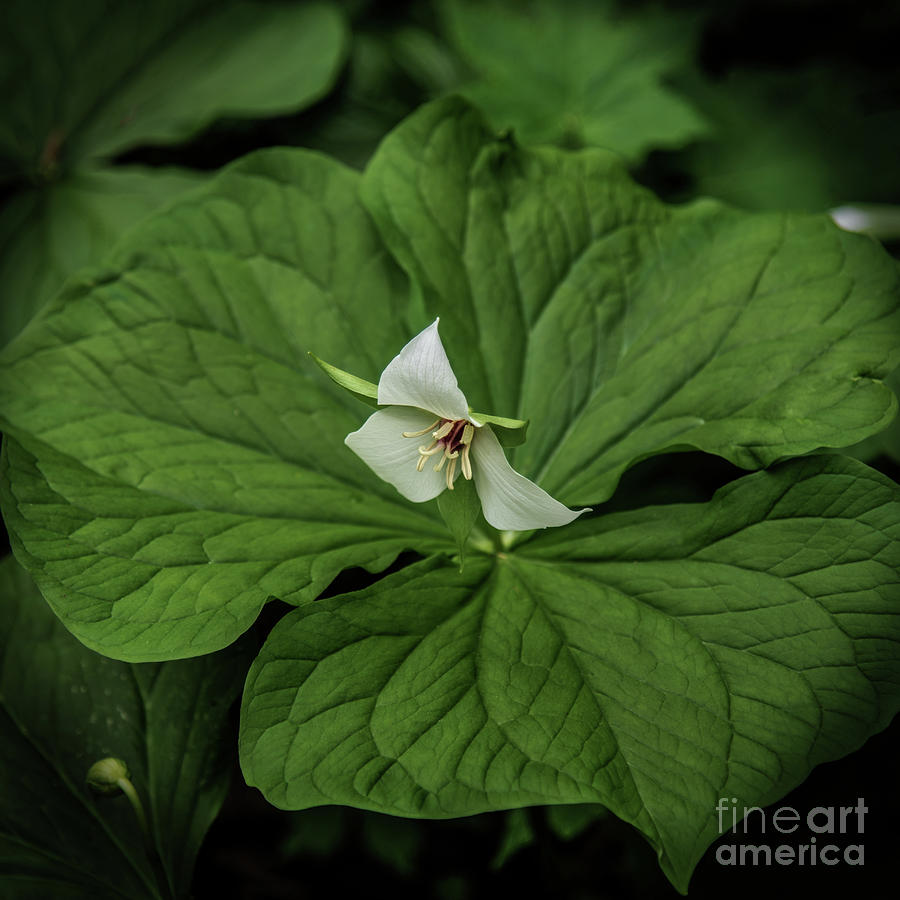 Trillium grandiflorum (common names white trillium, large-flowered trillium, great white trillium, white wake-robin, French: trille blanc) is a species of flowering plant in the family Melanthiaceae. A monocotyledonous, herbaceous perennial, it is native to eastern North America, from northern Quebec to the southern parts of the United States through the Appalachian Mountains into northernmost Georgia and west to Minnesota. It also thrives on Vancouver Island in British Columbia. There are also several isolated populations, such as in Nova Scotia and Iowa.

Beautiful close up photograph of a solitary white trillium flower with great light and shadows, colors, and composition, Anita! F/L

A gorgeous find and capture.

And the white ones as well; beautifully captured! L&F

WOW, this is gorgeous. I love it

John, thank you so much for feature on "Images That Excite You," and for your support, greatly appreciated ;)

Gorgeous, Anita. Love the effect of the softer outline of the leaves against the sharper ones. LF

I'ina, thank you so much for kind comment and support, greatly appreciated ;)

Congratulations! Your magnificent macro image is being featured on the group's homepage of MACRO PHOTOGRAPHY ONLY. Please archive your wonderful image on the Discussion Tab for future sales exposure. Thank you for sharing your image with us!

Nancy, thank you so much for feature and your support, greatly appreciated ;)