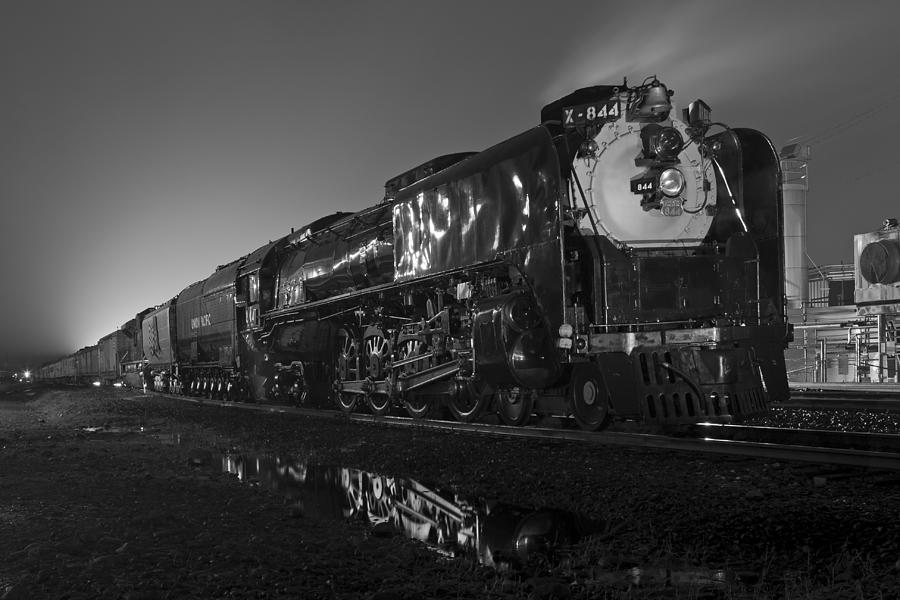 Steam Locomotive No. 844 is the last steam locomotive built for the Union Pacific Railroad. Originally designated as a high-speed passenger engine it pulled trains such as the Overland Limited, Los Angeles Limited, Portlan Rose, and Challenger until diesels took over all of the passenger duties in the Mid-1950's. Between 1957 and 1959 it performed freight pulling duties in Nebraska. No. 844 was saved from the scrapyard in 1960 and held for special service, a function it has been performing ever since.

Congratulations! Your outstanding artwork has been chosen as a FEATURE in the “The Grayscale Outdoors” group on Fine Art America.