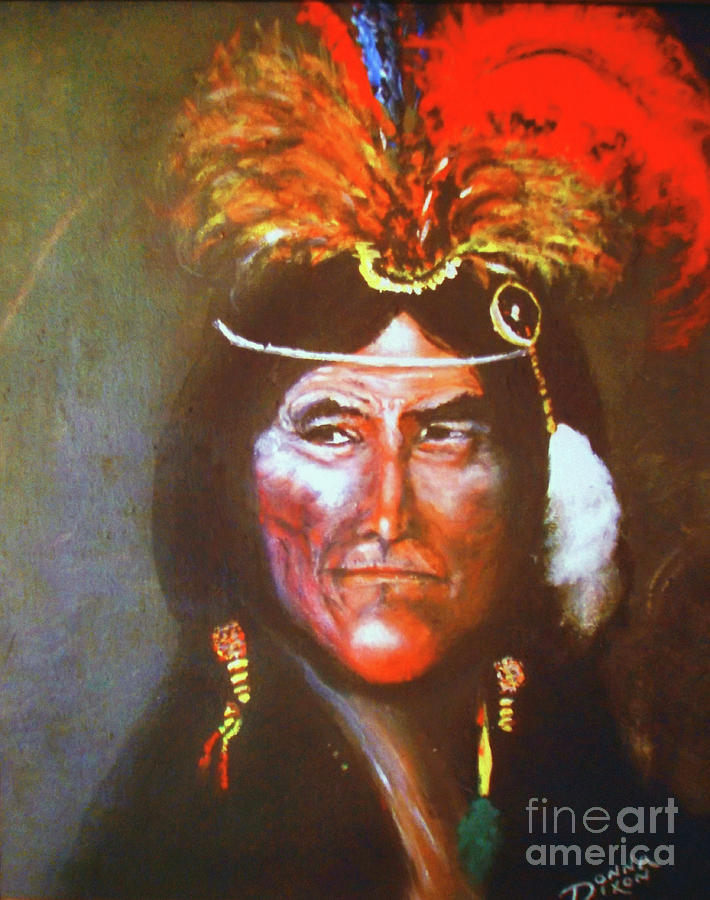 Two Bears, an American Indian warrior. The original painting is owned by a private collector and was used as part of a set design during the filming of the movie "Wanderlust" by Universal Studios. The film was shot in Clarkesville, Georgia.
The model used was painted & patterned after known graphics and paintings of Comanche Nation tribes.
Most American tribes used animal feathers, teeth, skins and claws of native animals. Some adornments were symbolic of status in the tribes, and others sometimes denoted perhaps the individuals "power animal' or "spirit guide".
The large number of American tribes were exterminated, controlled, and lied to by the Endo-European settlers and officials in the newly formed US government in order to gain their lands, water rights and in some cases their gold and geographic locations of gold.
Today most American Indians are striving to keep their traditions and recorded history in tack for future generations.

Thank you so much Anne