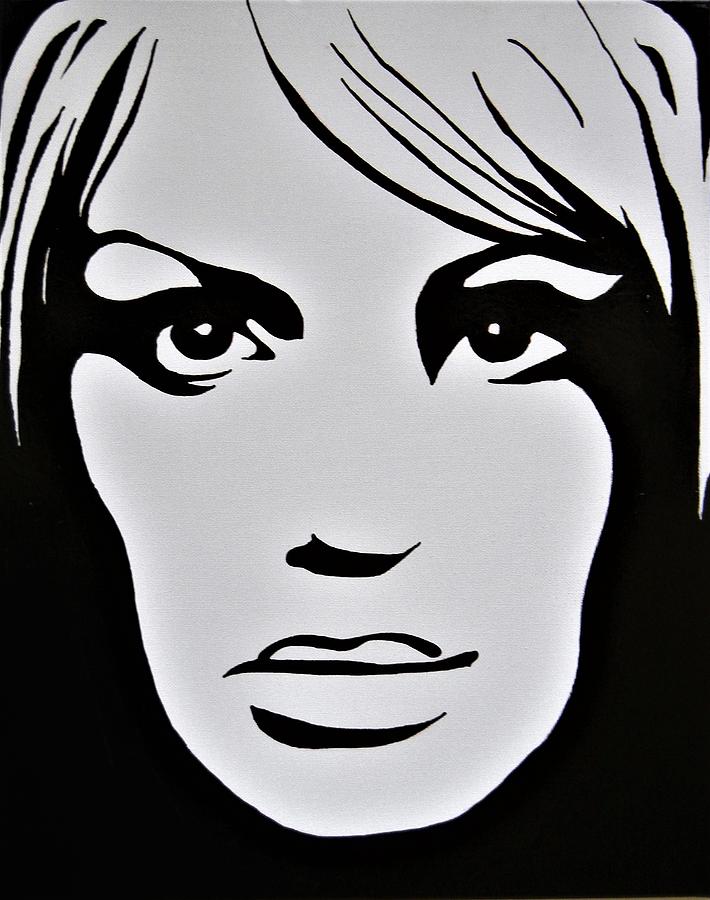 Lesley Lawson (née Hornby; born 19 September 1949) is an English model, actress, and singer widely known by the nickname Twiggy. She was a British cultural icon and a prominent teenage model in swinging sixties London.

Twiggy was initially known for her thin build (thus her nickname) and her androgynous look consisting of big eyes, long eyelashes, and short hair. This painting is a humble effort to try to capture her look with professional grade black paint on a white gallery wrapped canvas.
Sides are painted black hence no framing required. It is signed and wired in the back and ready to be hanged.