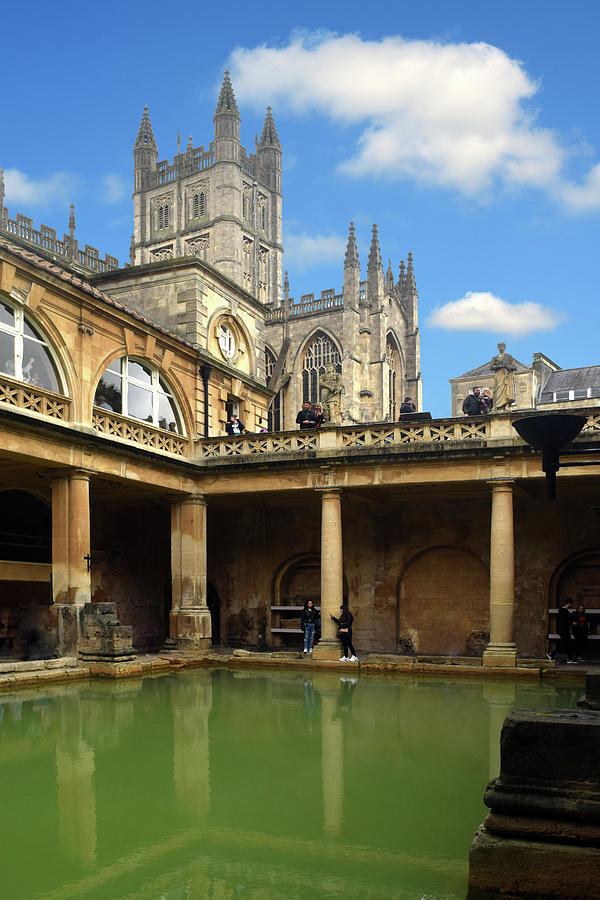 The Roman Baths are a well-preserved thermae in the city of Bath, Somerset, England. A temple was constructed on the site between 60-70AD in the first few decades of Roman Britain. Its presence led to the development of the small Roman urban settlement known as Aquae Sulis around the site.
Shown here on a quiet day with Bath Abbey in the background. Bath Abbey is also available on another poster.

Marian, that is so sweet of you. Thanks. Have a nice christmas.