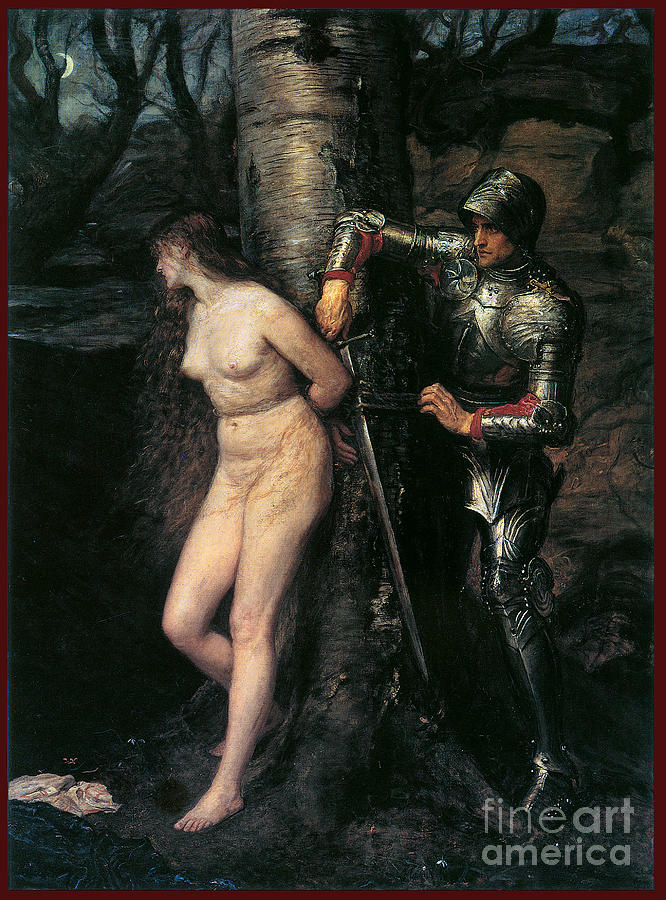 The Knight Errant 1870, John Everett Millais, A knight-errant (or knight errant) is a figure of medieval chivalric romance literature. The adjective errant (meaning "wandering, roving") indicates how the knight-errant would wander the land in search of adventures to prove his chivalric virtues, either in knightly duels (pas d'armes) or in some other pursuit of courtly love. Sir John Everett Millais, 1st Baronet, PRA (UK: /ˈmɪleɪ/ MIL-ay, US: /mɪˈleɪ/ mil-AY; 8 June 1829 – 13 August 1896) was an English painter and illustrator who was one of the founders of the Pre-Raphaelite Brotherhood. He was a child prodigy who, aged eleven, became the youngest student to enter the Royal Academy Schools. The Pre-Raphaelite Brotherhood was founded at his family home in London, at 83 Gower Street (now number 7). Millais became the most famous exponent of the style, his painting Christ in the House of His Parents (1849–50) generating considerable controversy, and he produced a picture that could serve as the embodiment of the historical and naturalist focus of the group, Ophelia, in 1851–52.