The Heyward Shepherd Memorial And The Irony Of His Death 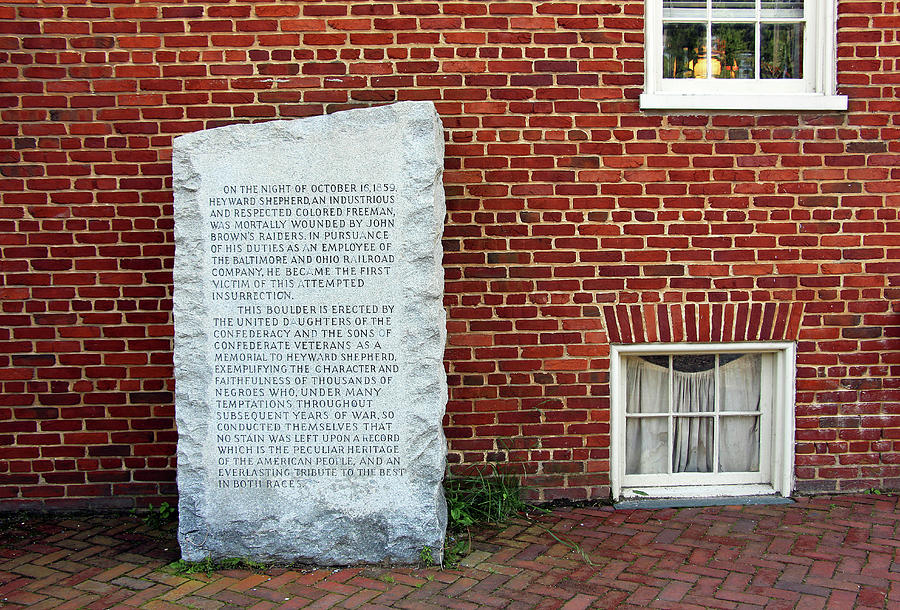 The Heyward Shepherd Memorial And The Irony Of His Death

Heyward Shepherd was the first person killed during abolitionist John Brown’s raid on Harpers Ferry, West Virginia, on October 16, 1859. The great irony is, Shepherd was not only a black man, he was a freed black man. And Brown’s crusade, which led him to raid the United States Armory and Arsenal in Harpers Ferry, was to free enslaved black people. Specifically, he wanted to use the munitions to initiate a slave revolt in southern states. This incident, which put Harpers Ferry under siege for two days, is regarded as an important precursor to the American Civil War, which began two years later in 1961. During the siege ten of Brown’s men were killed, including his two sons. Brown was captured, tried and hanged along with six of his men. Six townspeople died, beginning with the aforementioned Shepherd.

This photograph is of the Heyward Shepherd Memorial in Harpers Ferry. It is near the town’s train station, where he was working the night he was killed. The engraving reads:

"On the night of October 16, 1859, Heyward Shepherd, an industrious and respected colored freeman, was mortally wounded by John Brown’s raiders. In pursuance of his duties as an employee of the Baltimore and Ohio Railroad Company, he became the first victim of this attempted insurrection.

This boulder is erected by the United Daughters of the Confederacy and the Sons of the Confederate Veterans as a memorial to Heyward Shepherd, exemplifying the character and faithfulness of thousands of Negroes who, under many temptations throughout subsequent years of war, so conducted themselves that no stain was left upon a record which is the peculiar heritage of the American people, and an everlasting tribute to the best in both race."