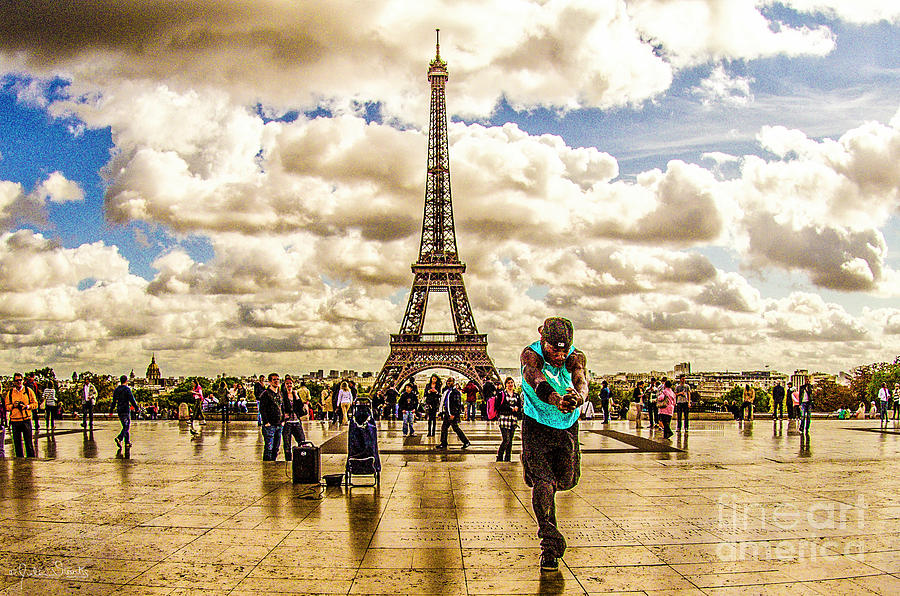 Here is a street performer starting up for the day!