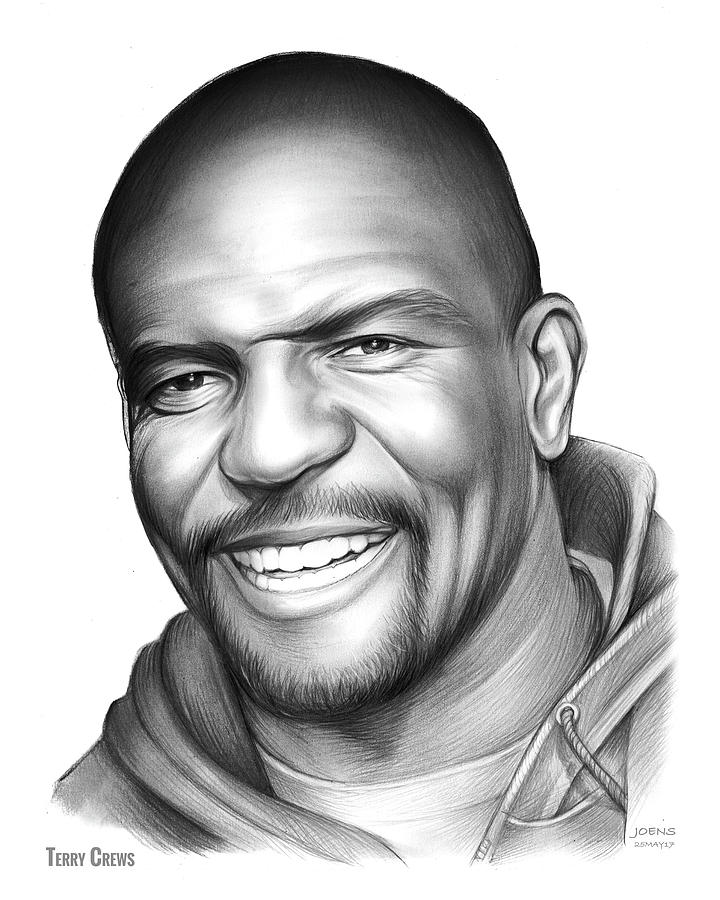 Crews played Julius Rock on the UPN/CW sitcom Everybody Hates Chris and Nick Kingston-Persons in the TBS sitcom Are We There Yet?. He has also hosted the game show Who Wants to Be a Millionaire and starred in the BET reality series The Family Crews. He has appeared in films such as White Chicks, Idiocracy, and the Expendables series, and currently plays NYPD Sergeant Terry Jeffords in the Fox sitcom Brooklyn Nine-Nine.

In football, Crews played as a defensive end and linebacker in the National Football League (NFL) for the Los Angeles Rams, San Diego Chargers and Washington Redskins, as well as in the World League of American Football with Rhein Fire.

All your pieces of artwork are SUPERB! This one being one of my favourites. Such an excellent skill sir.