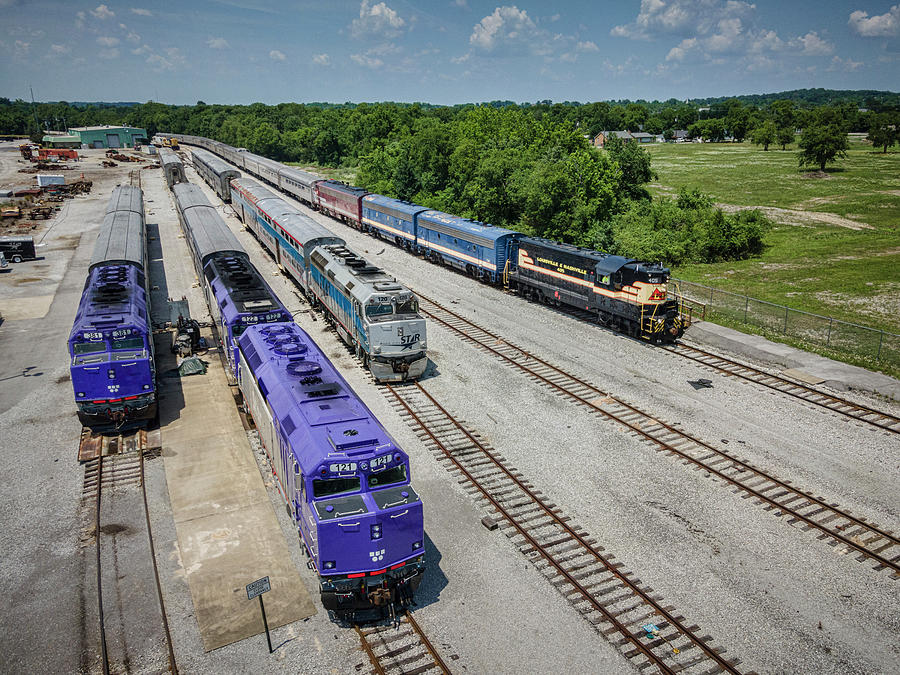 According to their website: The Tennessee Central Railway Museum is a volunteer, non-profit organization. Their mission is to preserve, restore, interpret, and operate historic railroad equipment to educate our guests about America's railroads and is located in Nashville, TN.

According to Wikipedia, The WeGo Star is a commuter rail service running between Nashville and Lebanon, Tennessee. The service uses the existing track of the Nashville and Eastern Railroad. The line stops at seven stations: Riverfront, Donelson, Hermitage, Mt. Juliet, Martha, Hamilton Springs and Lebanon. The operation covers 32 miles of rail line. Service began on September 18, 2006.