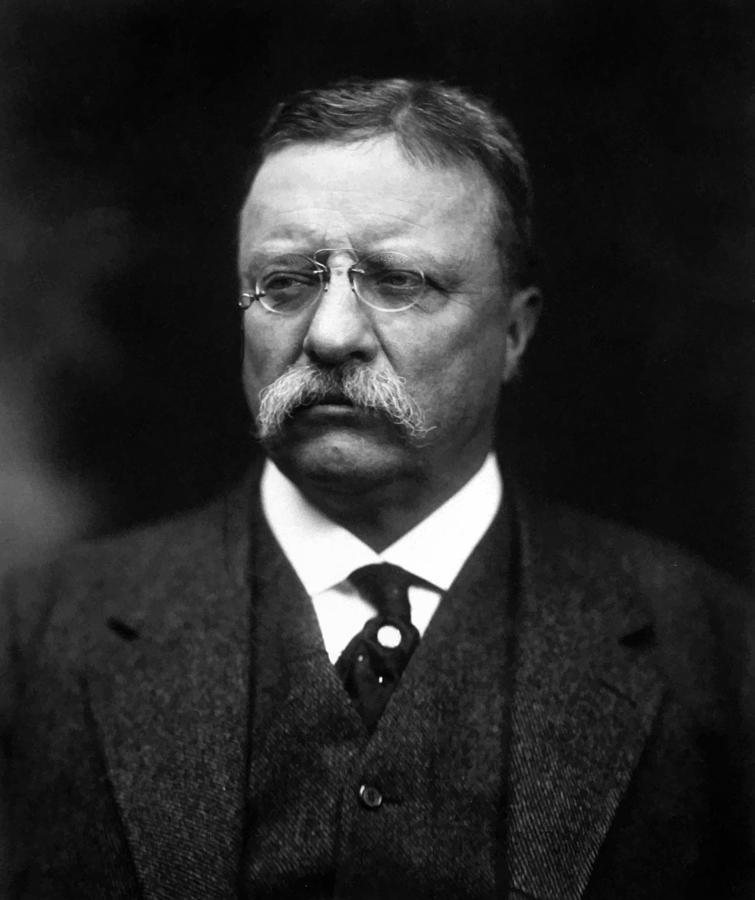 Theodore Roosevelt was Colonel of the First U.S. Volunteer Calvary Regiment during the Spanish-American War, today we more commonly know them as the "Rough Riders". For his heroism Roosevelt was nominated for the Medal of Honor. And it "only took" a little over 100 years for him to receive it. In 2001 Teddy was posthumously awarded the Medal for his bravery on San Juan Hill. Another interesting fact, Roosevelt's first son Teddy Jr., was a key General during the invasion of Normandy Beach during WW2. He went in with the first wave of men and for his gallantry he was also awarded the Medal of Honor.