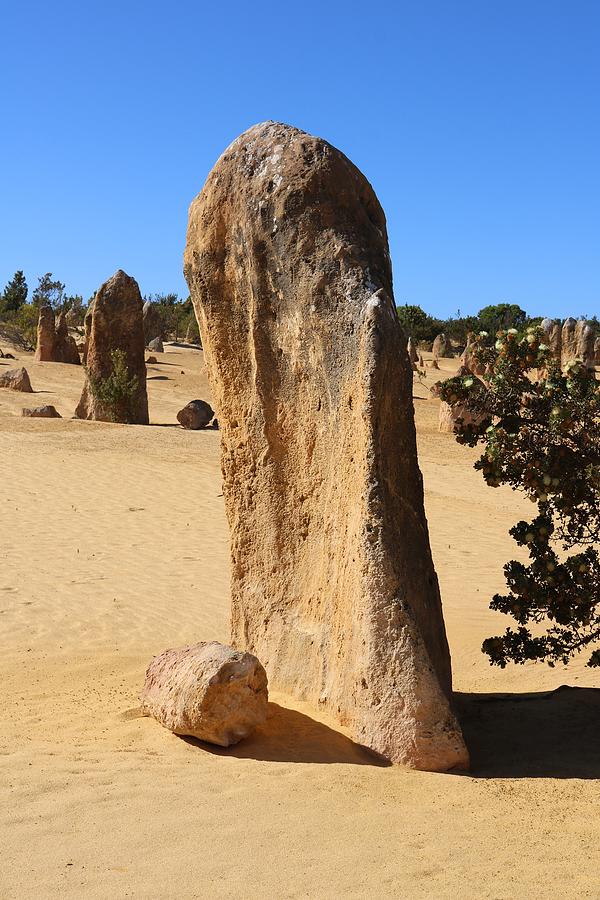 The Pinnacles had approximately 653,000 visitors recorded by Parks and Wildlife from during the 2017/2018 financial year, making it Western Australia's most visited attraction.

The Pinnacles of Nambung National Park are the major natural attraction in the Coral Coast region, found between Cervantes and Jurien Bay. The park is located roughly 200 kilometres north of Perth and covers an area of 17,487 hectares, providing natural habitat for an extensive array of native animals and bird life.

These amazing natural limestone structures, some standing as high as 3.5 metres, were formed approximately 25,000 to 30,000 years ago, after the sea receded and left deposits of sea-shells. Over time, coastal winds removed the surrounding sand, leaving the pillars exposed to the elements.

The area contains thousands of weathered limestone pillars. Some of the tallest pinnacles reach heights of up to 3.5m above the yellow sand base. The different types of formations include ones which are much taller than they are wide and resemble columns—suggesting the name of Pinnacles—while others are only a meter or so in height and width resembling short tombstones. A cross-bedding structure can be observed in many pinnacles where the angle of deposited sand changed suddenly due to changes in prevailing winds during formation of the limestone beds. Pinnacles with tops similar to mushrooms are created when the calcrete capping is harder than the limestone layer below it. The relatively softer lower layers weather and erode at a faster rate than the top layer leaving behind more material at the top of the pinnacle.

Congratulations your image has been chosen as a feature on "NATIONAL PARKS" To ensure that your image remains available over time, you can archive your art in the discussion.

Congratulations your image has been chosen as a feature on "AUSTRALIA IN PICTURES" To ensure that your image remains available over time, you can archive your art in the discussion.