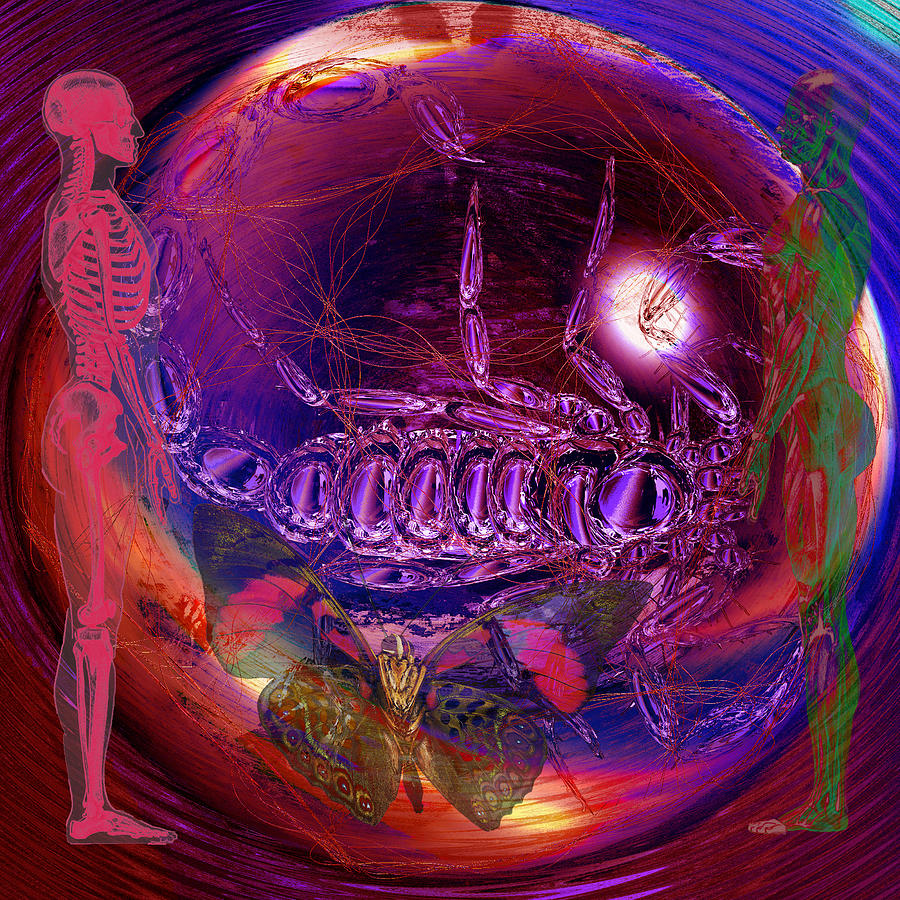 SolarLife... SolarEarth... Sacred Science...
The Fifth Trumpet
1 Then the fifth angel sounded his trumpet, and I saw a star that had fallen from heaven to earth, and it was given the key to the pit of the abyss. 2 The star opened the pit of the abyss, and smoke rose out of it like the smoke of a great furnace, and the sun and the air were darkened by the smoke from the pit.

3 And out of the smoke, locusts descended on the earth, and they were given power like that of the scorpions of the earth. 4 They were told not to harm the grass of the earth or any plant or tree, but only those who did not have the seal of God on their foreheads. 5 The locusts were not given power to kill them, but only to torment them for five months, and their torment was like the stinging of a scorpion. 6 In those days men will seek death and will not find it; they will long to die, but death will escape them.

7 And the locusts looked like horses prepared for battle, with something like crowns of gold on their heads, and faces like the faces of men. 8 They had hair like that of women, and teeth like those of lions. 9 They also had thoraxes like breastplates of iron, and the sound of their wings was like the roar of many horses and chariots rushing into battle. 10 They had tails with stingers like scorpions, which had the power to injure people for five months. 11 They were ruled by a king, the angel of the abyss. His name in Hebrew is Abaddon,a and in Greek it is Apollyon.b

12 The first woe has passed. Behold, two woes are still to follow.
Revelation 9

Well done for this wonderful work which has been featured in Psychedelic Art Gallery.

Congratulations your beautiful work is being featured in the AAA Images:-)

Congratulations, your creative and unique art work is FEATURED in the "Out Of The Ordinary 1 A Day" group! 10/27/16