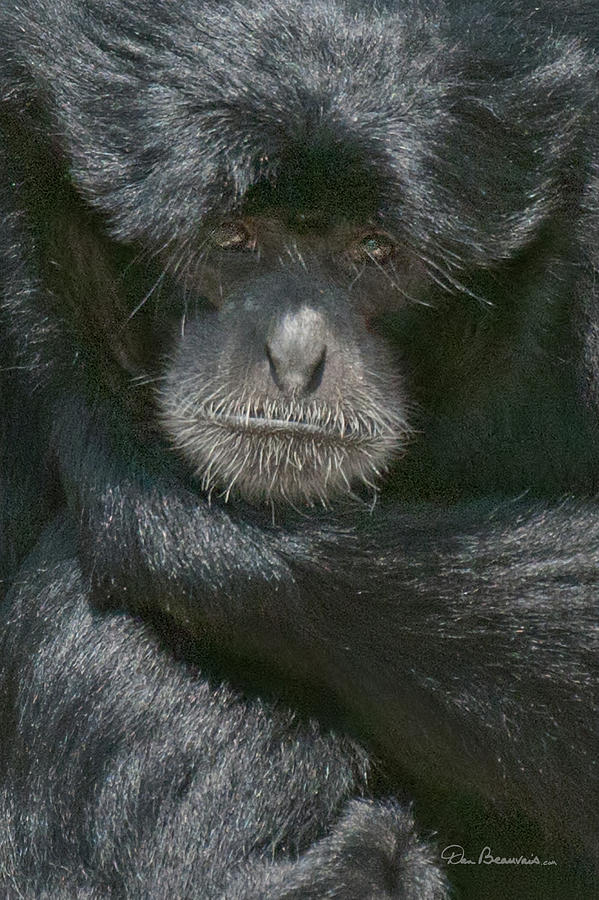 The siamang is the largest member of the gibbon family. Siamangs range through Southeast Asia and are found in some numbers on the Malay Peninsula and Sumatra. They are arboreal, preferring the middle canopy level, but will travel from tree tops to low bushes while feeding. Like other primates, they are omnivores; though roughly half of their diet consists of leaves, siamangs also eat fruit, insects, nuts, small animals, birds and birds' eggs. They are endangered and their numbers are declining as humans invade their habitat, often killing the mothers while capturing the young for a lucrative pet market.