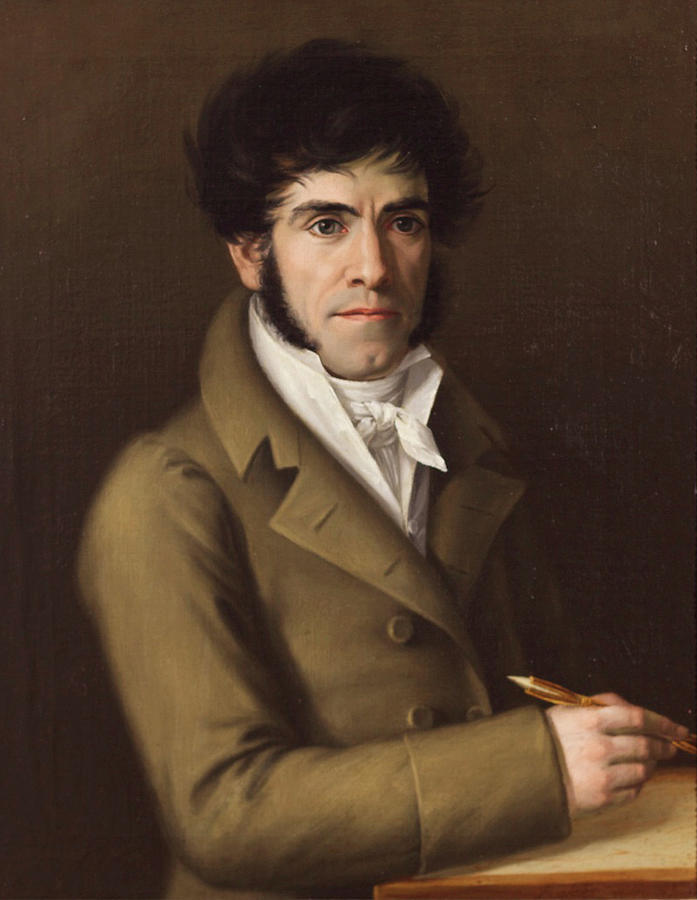 The present painting is the only known self-portrait of the Artist.

Tejeo began his studies with the Sociedad de Amigos del País in Murcia under the direction of Santiago Baglieto and later moved to Madrid, where he continued to study under José Aparicio and at the Real Academia de San Fernando under the patronage of the Marqués de San Mamés.

In 1824 Tejeo received a grant to study in Rome and he remained there for three years working under Pietro Benvenuti and Vicenzo Camuzi both of whom were influenced by the later work of David. On his return to Spain he exhibited at the Real Academia de San Fernando, becoming an Academician in 1828. He rose to Assistant Director in 1839 and Director in 1842 and was appointed Court Painter to Isabella II.

Tejeo became well known as a portraitist, painting in a late Neoclassical style ultimately deriving from David and his students with a hint of the oncoming Romantic movement that was to become more apparent in his later works. His earlier career, however, had seen a wide range of subjects from mythology and religion including The Fall of Phaeton for the Palacio Real in Madrid.
His work is represented in many museums including the Prado.