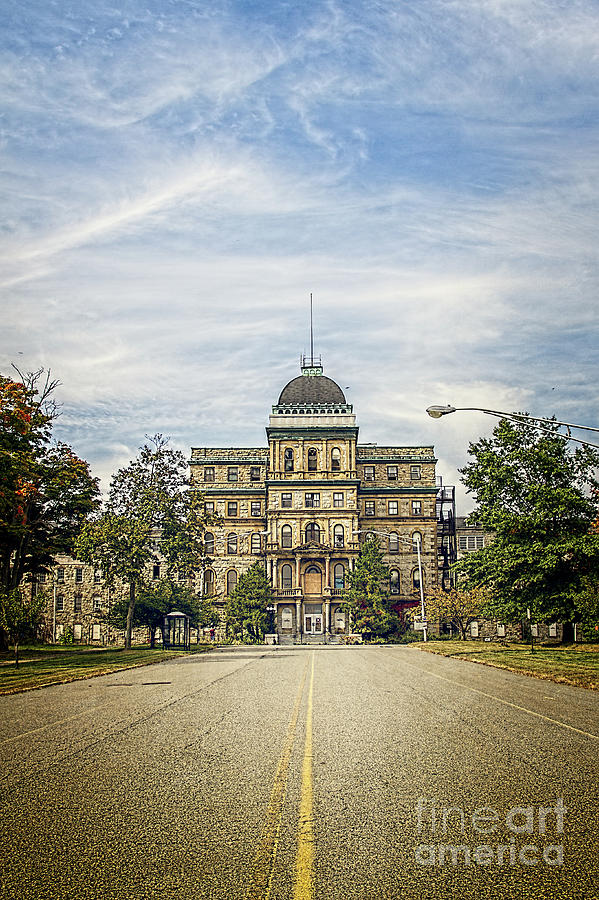 This photograph of Greystone Psychiatric hospital was taken in the last few weeks before the building was demolished, having been vacant for a number of years. The photo shows the street leading up to the main doors, which appear as though they would swallow the traveler up. The bright spring sky is in contrast to the somber appearance of the building and its reputation. The area has been converted into a county park despite strong opposition to tearing down this historic building.

It’s best known patient was Woody Guthrie, who nicknamed it “Gravestone”. It has a storied and often sad history and had a dark reputation among New Jersey residents.

Watermark will NOT appear on purchased products.

Congratulations! This image has been chosen as a Special Feature in Urban Exploration Photography for the New Jersey Group.

This beautifully captured image has been featured in the New Jersey Group for its photographic excellence!

Thank you for the feature, Colleen!