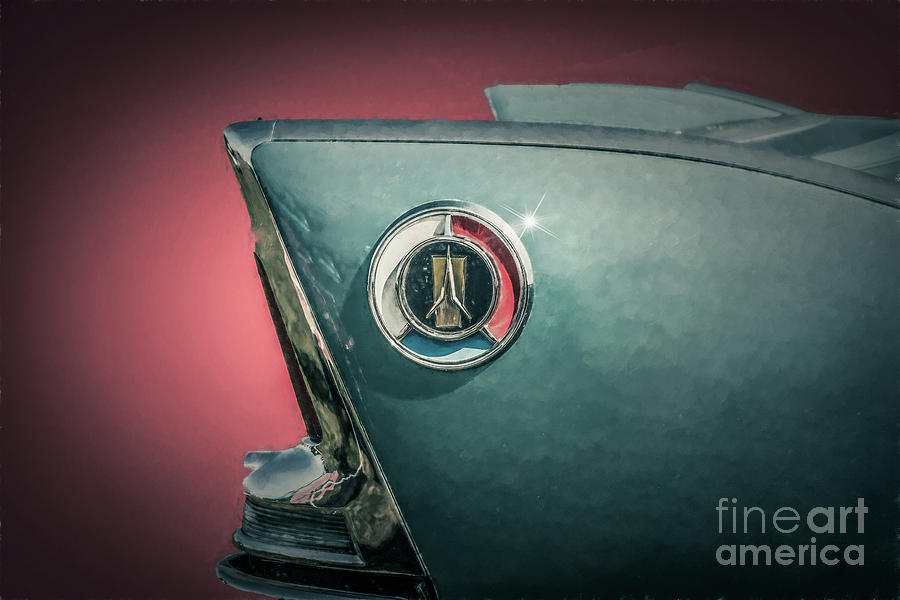 My other son loves these cars. This is a fin from a 1959 Plymouth Fury. I think he would give anything to have one of these. Good thing he is young and has goals!

In 1959, the 350 was replaced with a 361 cu in (5.92 L) version of the Golden Commando with a 2- or 4-barrel carburetor. The dual four-barrel version of the 318 also was dropped that year, with the four-barrel available on this engine through the 1962 model year.[citation needed]

Hi Chellie, I've revisited this wonderful and nostalgic photograph a few times now and continue to be mesmerized by the sharp, fine details and brilliant colors that you so expertly captured!

Very cool capture of this "fin." Love these old cars.

My grandmother had this very same car. I also loved that car! Well captured.

What a cool detail!

Chellie, Great detailed image of the tailfin of this classic '59 Plymouth LF