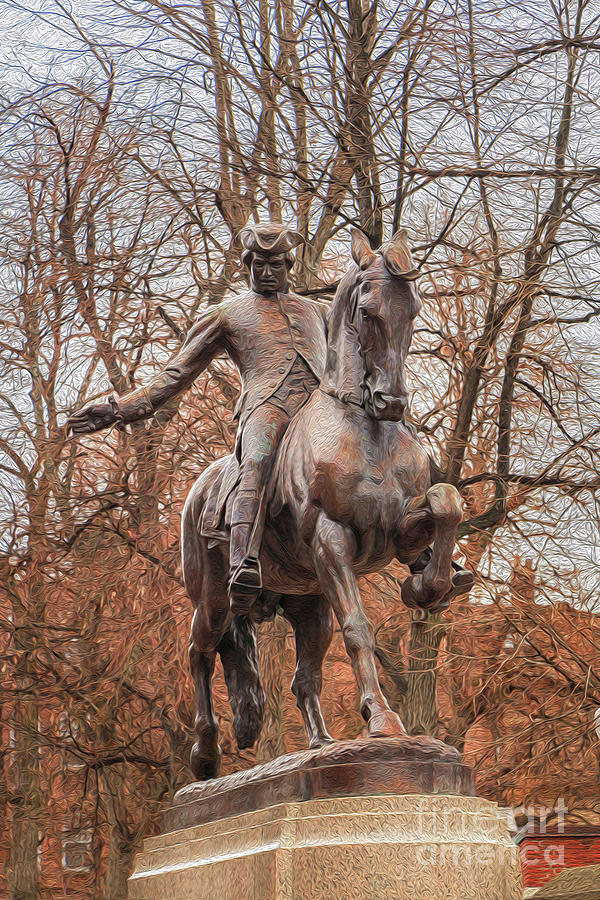 I love this statue of Paul Revere!! How many times have I walked by this statue?? Too many times. I wasn't really sure that changing this photograph into a painting would work, but I think the oil painting filter complements the photograph beautifully. I love the quagmire of branches behind Paul Revere with the brick buildings of the North End silhouetted in behind! Paul Revere is someone to be admired for his role in the Revolutionary War. He is a great American Hero and saved Boston from the invasion from the British. Who knows what might have happened if Paul Revere did not take that epic midnight ride from Boston to Concord. What a thrilling tale of the beginning of the American Independence.

Cool Liz! love the colors and the swirls! l/f