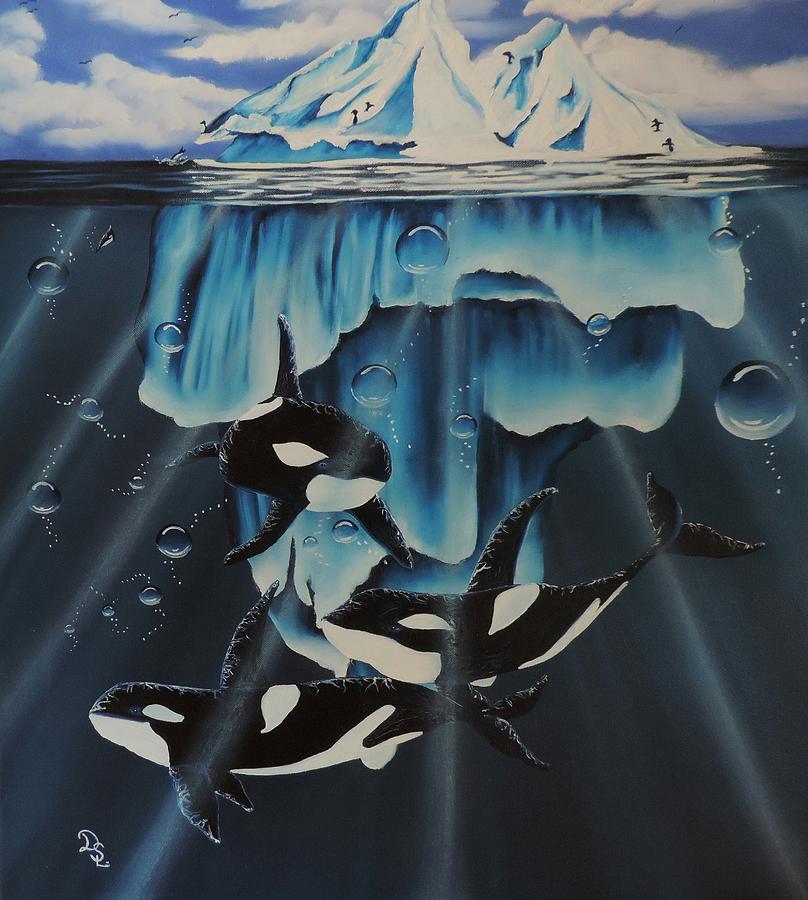 11 Facts About Orca In Captivity...
1.Orcas kept in cramped spaces can develop violent and/or psychotic behavior.
2.Breeding captive whales can pass on these developed traits.
3.Scientists say Orcas in captivity usually only live up to 25 years, while their average life span in the wild is 50 to 80 years.
4.Earlier pregnancies among Orcas lead to higher calf mortality rate.
5.The stress of captivity causes them extreme oral health problems.
6.Limited swimming space, stress,and warmer water temperatures can cause their fins to collapse over.
7.Since 1961 (when the whale captivity industry began) 141 Orcas have been captured.125 are now dead.
8.The median life span of these 125 captive Or as is approximately 4 years.
9.Orcas are incredibly social animals who travel with family in pods of up to 40 whales.
10.Aquarium Orcas are fed monotonous foods, while their diets require a variety of prey.
11.Whales that are kept in chlorinated tanks have similar effects to humans living in chlorine water. The harsh chemicals irritate their skin and eyes and leaves them dry.
.....But even without these facts, think about a 22 Ft., 10,000 pound creature being confined to a glorified swimming pool???

Many thanks for the feature Elsa ðŸ˜Š

Thanks so much for the feature Elsa ðŸ˜Š

Many thanks Joe ðŸ˜Š

Way cool painting...really like how the bottom of the glacier and the formation of the orcas creates a face...awesome! F/V

Thanks for the feature AL :)

Thank you so much AL . Much appreciated :)

6/7/2015. Dear Ms. Lewis: Thank you for joining Ideart euFOURia. Your images are moving & thot-provoking. I was particularly struck by: 1. Orcas Versus Glacier, 2. Blue Ring Octopus, 3. Color My World, 4. I Am, & 5. Mystical Seahorse. If you would like to submit these pictures to our group, I would be happy to display them on our Home Page. Welcome to Ideart euFOURia! Yours, Al Fresko, group administrator. P.S. You may submit all five images at once if you like. AF

Thanks for the feature Jacqueline :)

OH HAPPY Day!!! This photo makes me feel happy! So happy that it's been featured on the Oh Happy Day group homepage. Thank you for growing my smile today! F/L/T

Thank you for the feature Taican. :)

Thanks for the feature Navin . Posted on FB. :)

Thanks for the feature James

Thanks so much Pamela :-)

Thanks for the feature Julie. Greatly appreciated :-)

Thanks for the honorable feature Romuald.

Dianna, you've taken the truism that 90% of a glacier lies beneath the surface, and made something poetic out of the bare fact--one whale of a feat! Thanks for featuring "Starry Night" and "Rittenhouse Square."

Wow! This is a great underwater scene with Orcas. Excellent job Dianna.

Thanks Navin, your positive feed back and support means a great deal to me :-)

Orcas Versus Glacier -- AWESOME creative work ... LF pinned .. Navin PS: I love to come by and discover the infinite possibilities of human mind .. It is a great learning experience to come by your web site ...

Thanks for your support Nageshwar , it means a great deal to me.

Congratulations! You artwork has been featured on the Fine Art America Group "Creative Corner" and Bravo for this brilliant artwork!

Thankyou very much for the feature Troy :-)

Thankyou very much for the feature Svetlana :-)

Thanks so much for the feature Natalie :-)

Thanks so much for the feature Mariola

Thanks so much for the feature Instar :-)

Thanks so much Swati. Much appreciation

Mountains and the sea, exquisite harmony of dolphins! .. L / F