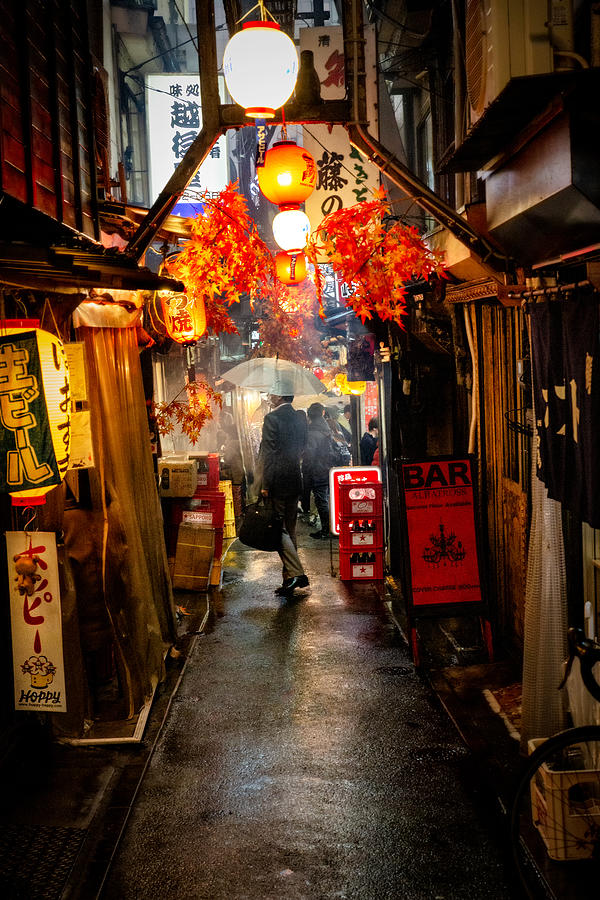 Starting out as an illegal drinking quarter in the late 1940s, this narrow side street quickly became a prime spot for cheap drinks, yakitori and cabaret-style hostess bars. Due to the lack of restroom facilities, patrons would wander off and relieve themselves on the nearby train tracks; it didn’t take long for Piss Alley to earn its name.

In those days, the area provided a social space for local residents who otherwise wouldn’t have been able to afford such luxuries as meat and alcohol in an impoverished, post-war economy.

Congratulations! Your outstanding artwork has been chosen as a FEATURE in the “Long Exposure and Night Photography ” group on Fine Art America - You are invited to post your featured image to the featured image discussion thread as a permanent place to continue to get exposure even after the image is no longer on the Home Page.