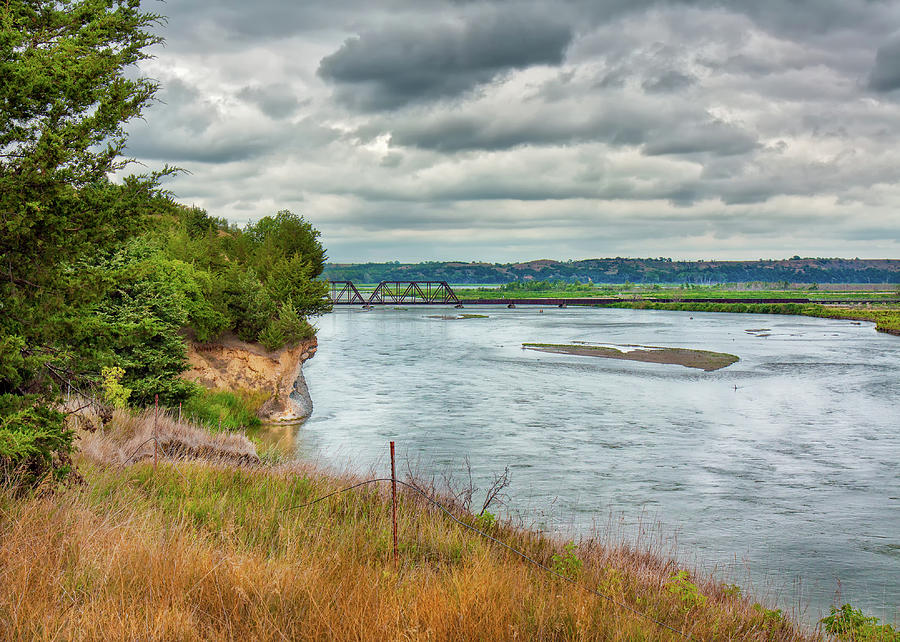 This is a view of the Niobrara River running alongside the Niobrara State Park in Nebraska. Per Wikipedia, the Niobrara River is a tributary of the Missouri River, approximately 568 miles running through the U.S. states of Wyoming and Nebraska. The river drains one of the most arid sections of the Great Plains, and has a low flow for a river of its length. as well as the northern tier of Nebraska and a tiny area of eastern Wyoming.

Wonderful capture, John. I like the cloudy sky. l/f

Beautiful open wilderness capture John! FL P.S. Miss you on Images That Excite You! It's very different! Hope all is well!

Wonderful shot of this beautiful view!

wow this is gorgeous John.

Beautiful shot, John! I love the colors and textures!!

This is stunning! Beautiful work of art. L/F/tw

The balance of the sky and landscape set this scene off beautifully John. Such a favorite. F/L/TW.

Thanks very much Randy!

Spectacular view of the Niobrara river!

Thank you very much Ray! :)

Thanks very much Mary Lou!

I saw a moving movie years ago about the natives who inhabited this river, and how they tried to remain there, but were forced on the Long March to Oklahoma. Nice to see a photo.

Yes, it is a very sad story Betsy. Thanks for your visit!