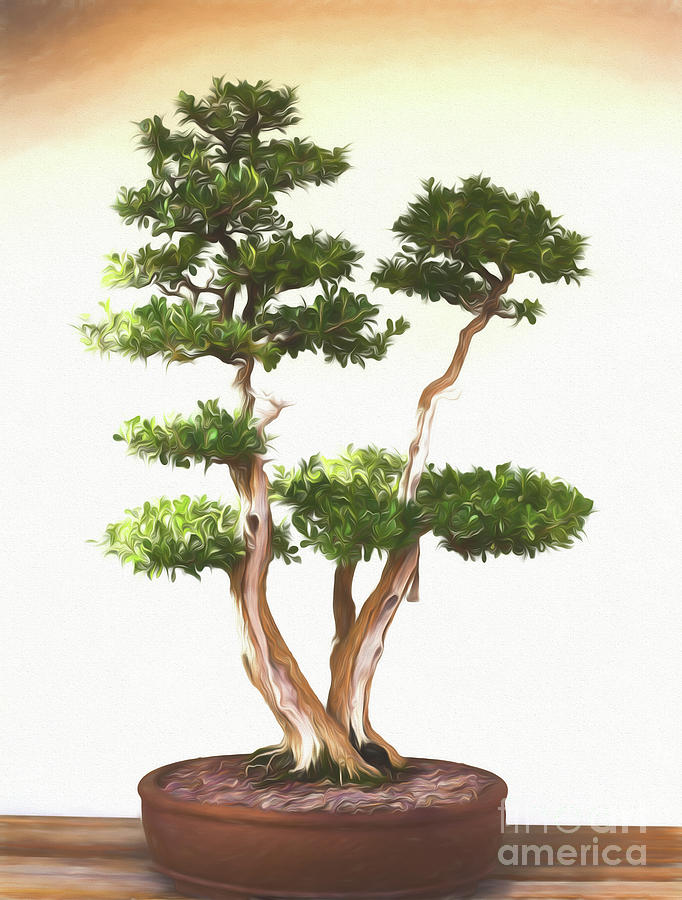 I absolutely love bonsai trees! I find them fascinating. I am amazed by the patience of gardening in general.
Here is some info about Bonsai trees:The Japanese art of bonsai originated from the Chinese practice of pending. From the 6th century onward, Imperial embassy personnel and Buddhist students from Japan visited and returned from mainland China. They brought back many Chinese ideas and goods, including container plantings.Over time, these container plantings began to appear in Japanese writings and representative art.

In the medieval period, recognizable bonsai were portrayed in handscroll paintings like the Ippen shonin eden (1299).The 1195 scroll Saigyo Monogatari Emaki was the earliest known to depict dwarfed potted trees in Japan. Wooden tray and dish-like pots with dwarf landscapes on modern-looking wooden shelves also appear in the 1309 Kasuga-gongen-genki scroll. In 1351, dwarf trees displayed on short poles were portrayed in the Boki Ekotoba scroll.Several other scrolls and paintings also included depictions of these kinds of trees.

A close relationship between Japan's Zen Buddhism and the potted trees began to shape bonsai reputation and esthetics. In this period, Chinese Chan (pronounced "Zen" in Japanese) Buddhist monks taught at Japan's monasteries. One of the monks' activities was to introduce political leaders to various arts of miniature landscapes as admirable accomplishments for men of taste and learning.Potted landscape arrangements up to this period included miniature figurines after the Chinese fashion. Japanese artists eventually adopted a simpler style for bonsai, increasing focus on the tree by removing miniatures and other decorations, and using smaller, plainer pots.

Well done Chellie.....the Bansai tree is a botanical wonder. They are absolutely fascinating. I love the finish you applied to this beautiful piece. It`s a gold medal work of art. l.v.f. dear lady, you rock