Moulton Barn Against The Tetons In Black And White 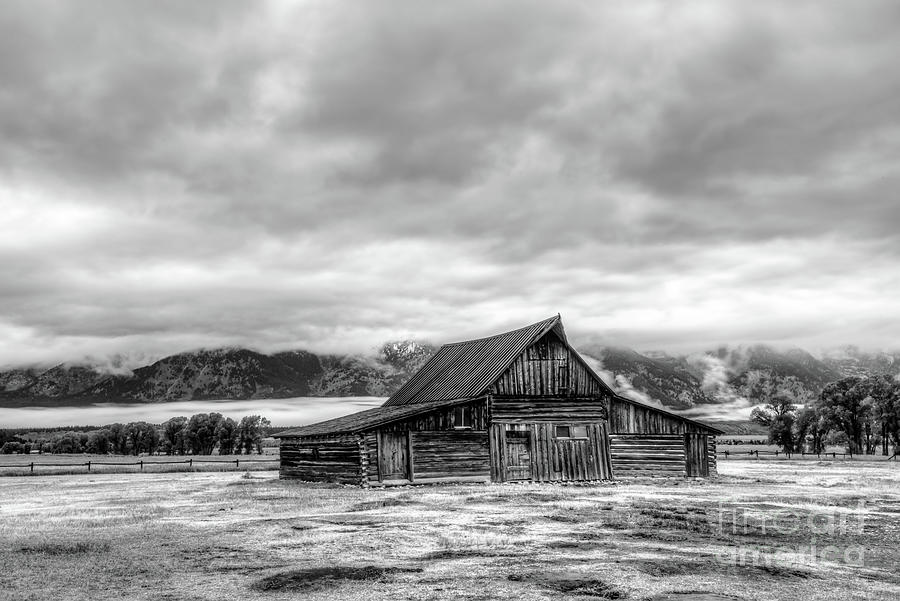 Moulton Barn Against The Tetons In Black And White

I took this shot early one morning after a long night of rain, hail and even snow in the upper elevations of this mountain community. The sun was starting to peak out in localized areas and I caught this at just the right moment when the light opened up and highlighted the barn and the dried grass around it. The TA Moulton barn is part of the historic "Mormon row" in Grand Teton National Park. Leaders of the Morman religion sent Mormon families from the Salt Lake valley to establish new communities and to expand their new religion. These early Mormon settlers settled east of what was called Black Butte and settled in clustered farms to share their labor and community. They first arrived in the 1890's and established this community named "Grovont" known today as "Mormon Row." Today, Mormon Row sits inside of the Teton National Park and is listed as a Historical district.

As Featured in the following FAA Groups:

Such a great picture!

A striking image in black and white!

Beautiful in black and white! fav

Terrific in black and white!

Fantastic capture in black and white!

Beautiful in black and white. I have one very similar that I also converted to black / white.

Magnificent tones and lighting in this magnificent portrait, Paul!

Love the mystical quality of this...

Awesome B & W of this Barn image!