Monarch Of The Glen 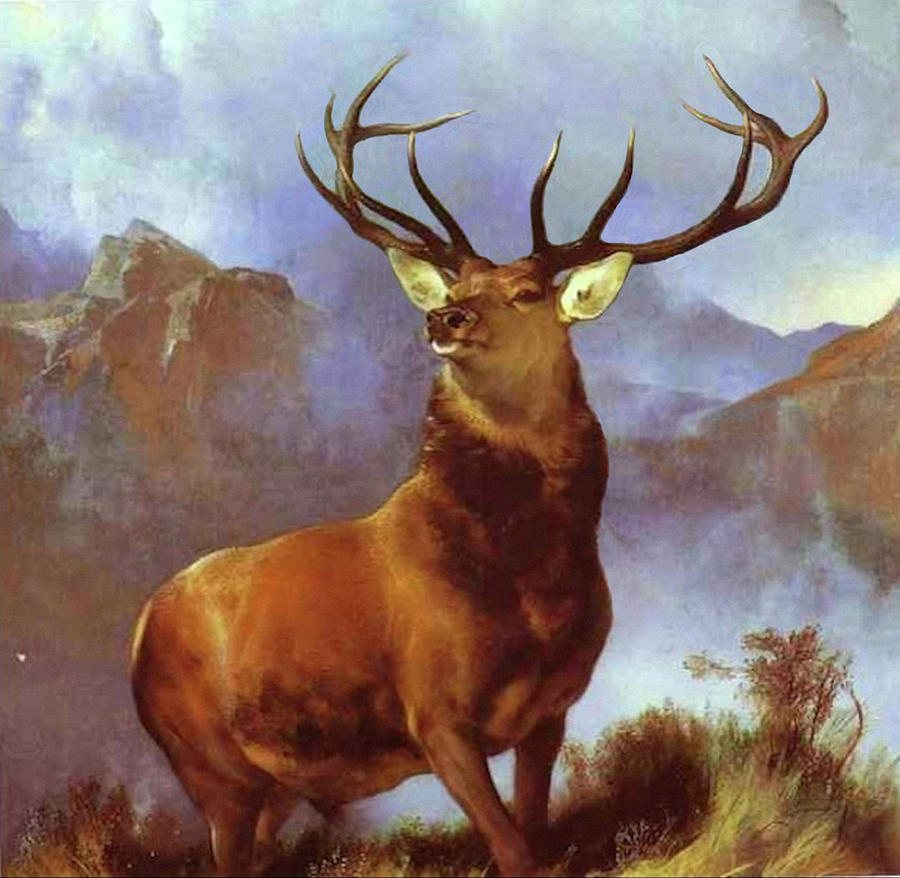 Monarch Of The Glen

A reproduction by Edwin Landseer’s of “Monarch of the Glen” of 1851. Born in 1802, this artist was a child prodigy displaying work at the Royal Academy at the age of 15. He was knighted in 1850 and was highly popular in the Victorian world. He was a favorite of Queen Victoria and this work was commissioned for the Refreshment Rooms of the House of Lords. Parliament refused the commissions and this work was sold privately. Considered the master of nineteenth century portraiture and animal paintings, he died in 1873. This work is now exhibited in the National Galleries of Scotland.