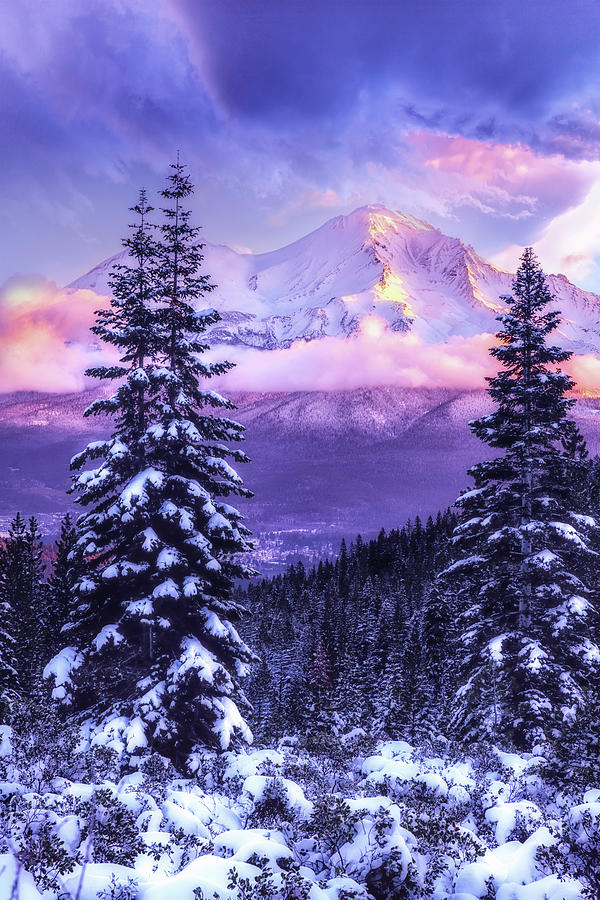 The morning brings such a beautiful range of pastel colors and magic to Mt. Shasta. The pink and blue with the glow of the sun on the snow and clouds, the snow covered trees and the quiet. Total quiet, I cannot get enough.

Mount Shasta is a potentially active volcano at the southern end of the Cascade Range in Siskiyou County, California. At an elevation of 14,179 feet, it is the second-highest peak in the Cascades and the fifth-highest in the state. Mount Shasta has an estimated volume of 85 cubic miles, which makes it the most voluminous stratovolcano in the Cascade Volcanic Arc. The mountain and surrounding area are part of the Shasta–Trinity National Forest.

WOW! This is so magically beautiful! I love it