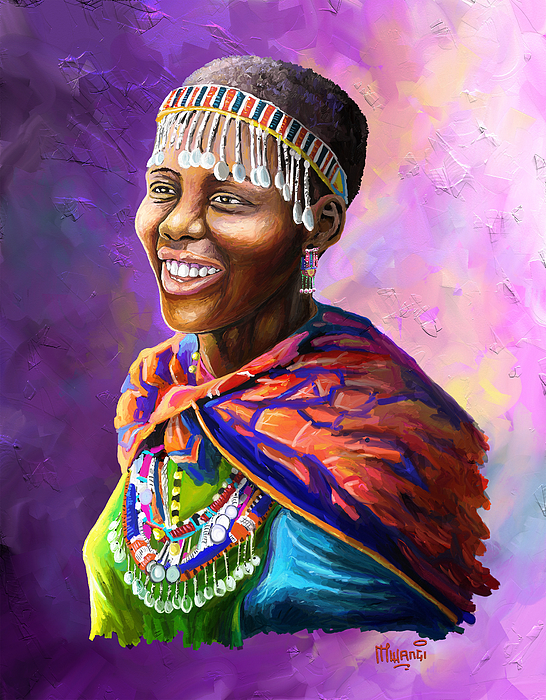 If I was a photographer or a painter, I would shut up. Some of us are not if they weren't! For us painters, most of us have made a living by just painting the Maasai people! What about the hotel industry? What do tourist coming to Kenya want to see? The Maasai and other traditional peoples! They stay in that hotel looking forward to seeing these marvelous people! How many great volumes of photo journals have been printed on traditional indigenous peoples of Kenya? Of Africa? Of other countries in the world? How many families in the world have survived on wealth made from photography and stories about these great people? Who would dare to do the math?

Forget about the money. Think of the beauty and sheer guts to defy the norms and keep the old ways. The Maasai people have carried their culture to the future. They are not slaves of modernity! They know who they are. For me, the Maasai are the most modern of all the races and the tribes of this world!

The Maasai are a Nilotic ethnic group inhabiting southern Kenya and northern Tanzania. They are among the best known local populations due to their residence near the many game parks of the African Great Lakes, and their distinctive customs and dress.

With this painting of a Maasai Girl, I pay homage to all the Maasai people wherever they are in the world! Great Kenyans they are! Long live the Maasai!

You have brought out her beauty here with this marvelous work! F/V

This beautifully sparkling impasto portrait conveys the timeless presence of the Maasai, Anthony.